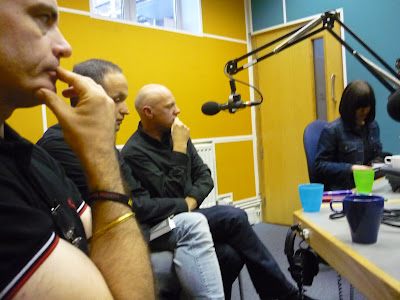 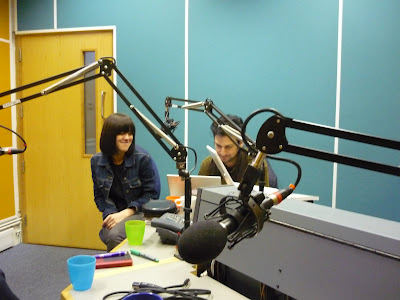 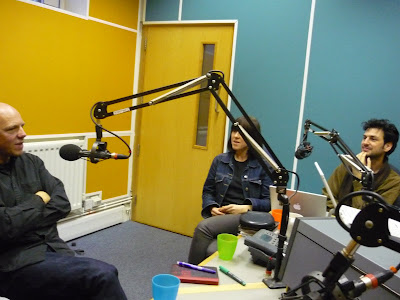 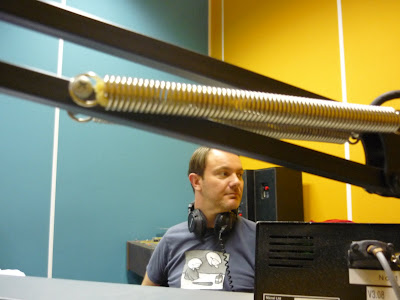 It felt good being back in the studio at Resonance FM again, this time at the invitation of Richard Thomas to record a Krautrock Kristmas Special, a show inspired in part by the recent successful release of Black Dog Publishing’s Krautrock: Cosmic Rock and Its Legacy, which features my essay ‘Background Radiation: The West German Republic Tunes Into Cosmos’. I consequently found myself in conversation with fellow contributors David Stubbs and Mark Pilkington, together with the volume’s editor, Nikos Kotsopoulos. Also joining us were David Knight Arkkon and Unicazürn fame and the writer and musician Frances Morgan.

The result was a free-flowing session that mixed roundtable conversation with an ambient sound mix of classic krautrock tracks by the likes of Tangerine Dream, Faust, NEU!, Kraftwerk, Cluster and Harmonia. The mood was expansive, while the range of subjects covered ranged through drugs, politics, technology and personal reminiscences. The final cut of the show will be broadcast over the holiday period in two formats: first as two separate one-hour shows and then in a special two-hour mega-mix. Dates and times are still to be confirmed, but I’ll post more details as soon as I have them.