Catching up with the Haus der Kulturen der Welt 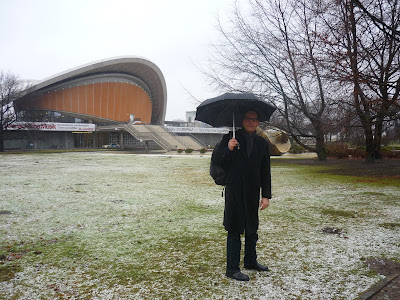 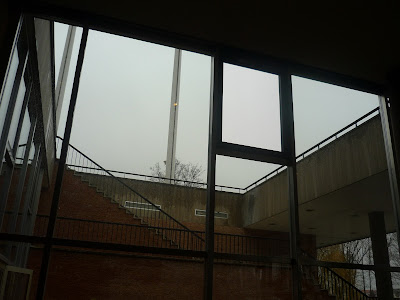 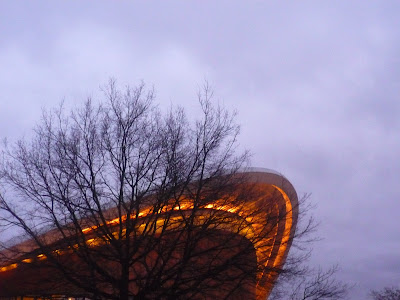 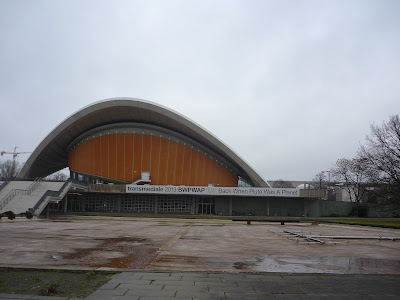 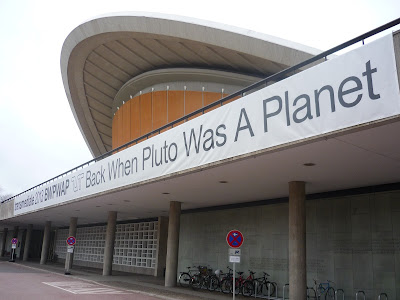 It was a rare privilege for me to speak last weekend about cold war media and technology from inside one of the most fabulous pieces of early Space Age design: the Haus der Kulturen. Formerly known as the Kongresshalle, designed by American architect Hugh Stubbins and a gift from the United States to the people of West Berlin, it was the ideological equivalent of a NATO airbase or missile range planted right next to the Wall that divided East from West – John F Kennedy spoke from here on his visit to Berlin in June 1963. To me, it did not matter in the least that those attending transmediale 13, whose proud theme was ‘Back When Pluto Was a Planet’, had voted not to reinstate the lonely planet’s status: within the negative spaces and projecting curves of the HdeKdeW’s interior Pluto was, so far I was concerned, definitely still a planet.

The most prominent ‘collapsing new building’ of the Cold War reconstruction of West Germany, its roof having caved in, resulting in one death and several injuries, thereby marking its place in pop culture history, it belongs in outer space and to a future that we may never see. In other words, it feels as if a piece of the 1964 New York World’s Fair had been broken off and relocated in the Tiergarten. Playwright Heiner Müller once remarked that the only real place in the world was the dividing line between East and West Germany – today it might well be the empty lawns and fountains outside the Haus der Kulturen der Welt. In the meantime Hugh Stubbins went on to design the Citicorp building in Manhattan; and it was in the lobby of this fine building with its array of payphones that the first 2600 hacker meetings took place on the first Tuesday of every month. Every wall on this planet has a story to tell.

Pictured above: KH in the sleet outside the Haus der Kulturen der Welt prior to the BWAPWAP panel (picture courtesy of Sunil Manghani – note Henry Moore’s Large Divided Oval: Butterfly in background); interior space; evening descending upon a flying saucer in the trees; daytime exterior views – exit in search of Pluto.
Posted by Ken Hollings at 12:13 No comments: