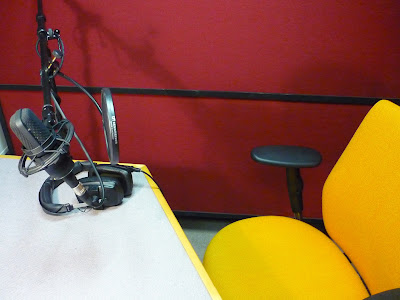 My series of talks for BBC Radio 3’s Essay series, ‘Requiem for the Networks’, is now back online again after its original one-week run on i-Player last year. A great opportunity for those who missed them the first time around to hear them at their leisure, the series also offers early drafts on some of the material contained in my forthcoming book, The Bright Labyrinth: Sex Death and Design in the Digital Regime’, the final text for which is pretty much 98% complete.

The Essays series comprises five talks:
‘Welcome to the Labyrinth’
‘Victorian Search Engines’
‘The Network Goes to War’
‘I’ll Be Your Orange Juice’
‘Heads in the Clouds’

From the introductory preamble to ‘Requiem for the Network:

As weaponry systems, commercial enterprises, banking and home entertainment draw increasingly upon the same operating platforms, the neutrality of the network is open to question. Perhaps the most appropriate model for understanding the enduring nature of the network is the Labyrinth: a structure of mystifying complexity where technology, deception and violence all meet. The US military, having been instrumental in developing the Internet, has now withdrawn into its own secret labyrinth, which it considers a safe environment for the transmission of classified data.


You can find the entire series as separate episodes on the Radio 3 website by clicking here.

Please note: as with the original i-Player version, the last five minutes of the final episode is missing: it is useful to note in this respect that networks not only accept errors but can also perpetuate them. I have brought this missing section to the attention of the series’ producer, the wonderful Mark Burman, in the hope that he can get those responsible to correct it. In the meantime, I can make the script for episode five available as a PDF to those who wish to read its thrilling conclusion.

Pictured above: KH has left the building...a clean desk in the studio at Henry Wood House

Posted by Ken Hollings at 10:42 No comments: