McLuhan, Mars and Me 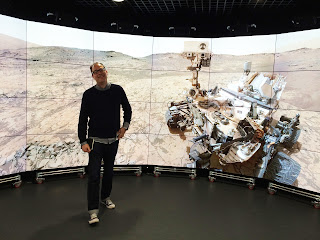 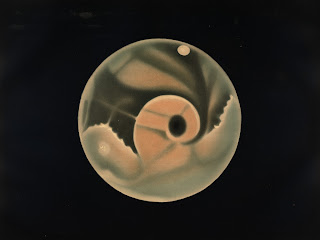 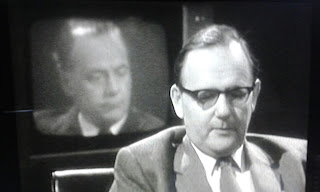 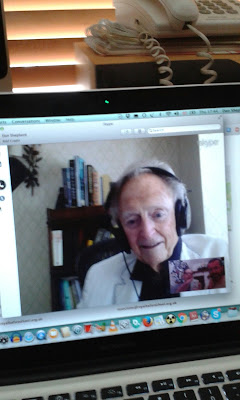 This has happened entirely by chance, and I am sure that it the circumstances behind this phenomenon will never repeat themselves, but I find that I have two major features going out on the BBC within a week of each other.

The first was ‘A New Red World’ a literary exploration of Martian Utopias that was commissioned as part of Radio 4’s Martian Week. It went out on Tuesday March 7 at 11.00, which meant that I never got to hear the broadcast for myself. In amongst a number of interesting programmes, ‘Another Red World’ examined how Mars became the subject of intense speculation: was the Red Planet a cypher for humanity’s past or its future? Was it a dead or dying world – or did it offer the hope of new social and cultural orders? I found myself enjoying the Martian worldviews of Victorian curates, French psychics, American feminists and Russian revolutionaries. The programme ends with meditations from James Lovelock on the uselessness of terraforming Mars and from Kim Stanley Robinson on the colonising of Mars as a thought experiment. I may have started the programme with the confession that I want to be buried on Mars when I die; but it was a privilege to breathe the same planetary air as these people. The amazing sound design for the show was by Mark Burman who also produced my show about Forbidden Planet for Radio 3, which is still online.

The second programme is my long-anticipated Sunday Feature on Marshall McLuhan for BBC Radio 3. ‘Watcha Doin’, Marshall McLuhan’ is personal reflection on the life, career and theories of this important media theorist. It was recorded and scripted over the summer and early autumn of 2016 and includes some fascinating interviews with contemporary writers and academics, such as my old friends Tom McCarthy and Rathna Ramanathan, as well as number of McLuhan acolytes from the 1960s. There are still some surviving members of the ‘priesthood’ of students that seemed to have followed McLuhan the Catholic scholar around from the late 60s into the 70s and up to his death in 1980. This seemed like a vital time to record their impressions of, and reflections on, this remarkable mind. Most generous of all with their time and enthusiasm was the writer Tom Wolfe – while not a member of the inner circle, he probably brought more insight to his relationship with McLuhan than anyone else. Wolfe’s agent had told us firmly that the celebrated author was ‘only doing one interview in the UK and that was with Peter York for the Sunday Times.’ Fortunately my brilliant producer Dan Shepherd managed to track down Wolfe down to his summer home in Long Island. Wolfe was gracious in the extreme – answered all of our questions with his usual urbanity and even gave us the recipe for a perfect Tom Collins ‘although’, he added, ‘there’s only a few barmen old enough to know how to make is properly.’ I came to the end of the programme still loving McLuhan for all of his flaws and prejudices: his media fame was based upon a dense and interlocking series of misunderstandings – but then whose isn’t?