How to Wreck the Internet: I Have Cancer 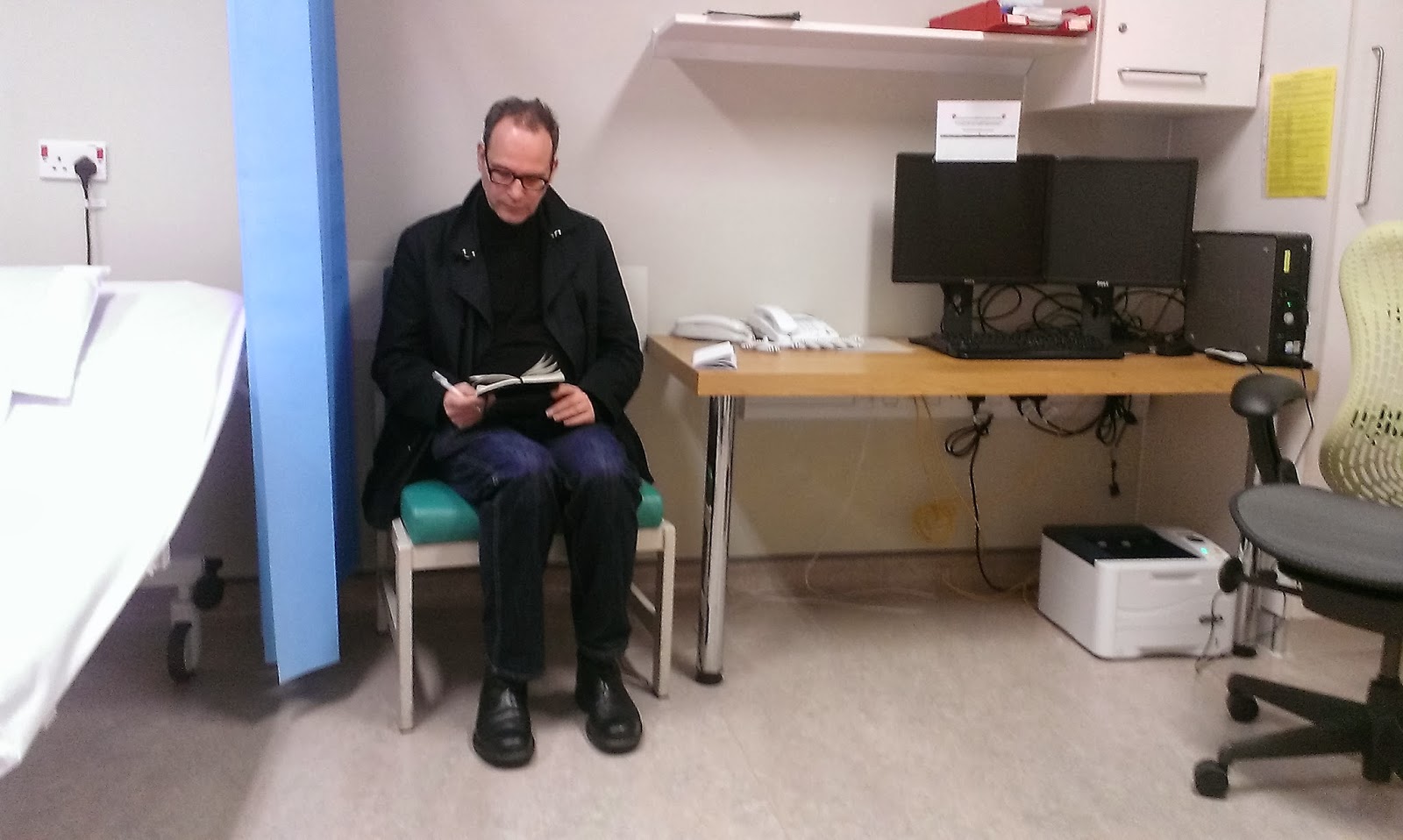 I have not been posting much on this blog recently because frankly I have not had the energy – I had been suffering in the latter part of 2013 from a creeping anemia which was not really responding to conventional treatment. Turns out I have been hemorrhaging internally from a non-benign tumor in my colon – in other words I have been diagnosed with bowel cancer. As a result I have been spending a lot of time in hospital having CT scans, blood tests and talking to specialists – I now feel like an earth-based astronaut exploring medical space through passages and corridors that lead from scanners to operating theatres to drip feeds and epidurals.  Fortunately my condition has been caught at a relatively early stage when it is still contained and can be safely removed via keyhole surgery. I am going into theatre tomorrow – and yes it does feel like a piece of performance art.

I have informed most of the people with whom I have immediate contact over the past ten days or so, but I have not really been sure how well news like this locates itself on the internet – the physiological reality of my condition does not seem to be something that could possibly withstand the process of being communicated via the network. There remains, however, the obligation to communicate what is happening to me to those outside my immediate circle – I am not ashamed or afraid of my condition but am slightly unnerved at letting the people who still look in on my blog or follow me on Twitter know about it. Either my cancer will fail to communicate itself via the Internet or it will wreck my personal network by its presence. Will every statement I make from this point on be seen only in the light of this diagnosis? Do you retweet it? If so, to whom? Can you favourite it? Or would you even want to? Can any statement I make after this mean anything other than a slight rewording of the simple declaration that I have cancer? In the end I guess that is up to those who follow me (or choose not to for completely understandable reasons) to decide. Either way, they deserve at least that declaration.

For those who know my work and concerns, I should point out that I am not dead yet and that plans for Strange Attractor Press to go ahead with the publication of my newest book The Bright Labyrinth are already in place – my thanks to the excellent design and editorial team who are helping to move things forward. Similarly, work on my spoken-word audiocassette release for Tapeworm, announced on The Wire website recently, is also continuing. Please watch out for further announcements on these in the coming weeks. I am going to be hospitalized for about a week and then will be convalescing for most – if not all – of February. I will, however, be back – giving updates on my condition, offering my thoughts on what is happening around me and generally staying in touch with the world. I am not going away – but I may come back to a slightly different network from the one I left. In the meantime I wish whoever is reading this good health, peace and happiness – never have they seemed more important to me than right now.