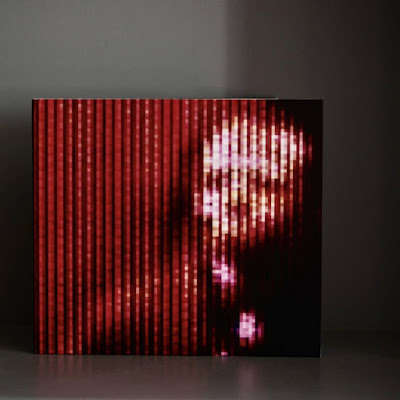 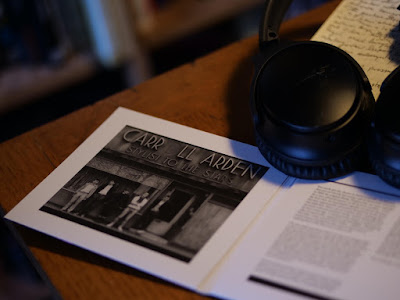 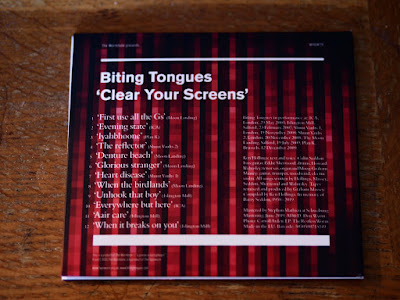 No one heard us coming – no one saw us leave.

I’m pleased to announce that Tapeworm are releasing a new Biting Tongues album on limited edition CD or digital download. Clear Your Screens is a ‘series of battle re-enactments from Manchester’s least celebrated post-punk groups’ according to Tapeworm’s Bandcamp page. More precisely, it is a collection of live moments, selected by me, recorded between 2003 and 2009 in performances that brought the original Biting Tongues line-up together for the first time in about twenty years. Graham Massey took the multichannel recordings and did an amazing job mixing and producing all of the selected material. He and I spent months swapping notes and ideas with each other, especially when it came to the sequencing of the random tapes we would traditionally have running in the background throughout each performance. We’d never know what was coming or when, so it was always a surprise when playing the rough mixes back afterwards. Graham has a fantastic ear – ‘we have to find where the track lives,’ he once advised me in an email. I’m not sure I completely understood what Graham meant to begin with and I’m not even sure I can explain it to you now either, but I think I get it now. Personally I think this is the best album this version of Biting Tongues has ever released. It’s essentially the same group that recorded Live It, the album that was reissued on vinyl by Finders Keepers at the end of last year. You can find out more about it  here . They even have a few tracks in common, most notably ‘Evening State’, ‘The Reflector’ and ‘Unhook That Boy’.

I wrote some sleeve notes for Clear Your Screens that were an attempt to explore the differences and continuities between then and now – what has changed and what remains the same. Listening to Clear Your Screens today it feels like we were writing material and creating ideas for our future selves – an active form of communication across time. Quite what our former selves would make of our more recent efforts, I will leave to them to express – if they ever get around to it.

You rarely get the chance to haunt yourself – to discover that you are slowly becoming a ghost from your own past. In 2003 the original Biting Tongues line-up came together for a one-off performance at the ICA in London – it was the first time we had played together in almost twenty years. Further opportunities presented themselves in the years that followed. More out of curiosity than anything else, we stuck with past material: tracks written and performed all those years ago. I welcomed the chance to return to it after so much time, experience and hindsight. The playing felt more assured than before – almost as if our performances had grown into each of these pieces, making them what they were meant to be. The live stage had always been our true recording studio, so far as I’m concerned – it was the laboratory where the best experiments happened. We left a lot of space for chance and the unexpected to move in and take over. At every performance there would be tapes running unattended in the background: interjecting voices from late-night TV and radio, scraps of news items and cheap sci-fi movies, field recordings, overheard conversations and shortwave signals. We just kept on playing.‘They may sound like an unorganized racket to some people,’ Graham Massey once remarked about these performances, ‘but they are very formal pieces. This formality provided a framework for all the random inputs in our work to take effect, making a drama out of the unintended. It was simply a matter of accepting the results. I’m glad they have been so carefully preserved. The live recordings we made between 2003 and 2009 are a reminder that the date and venue might vary but the stage remains the same. It’s a constant presence scattered across time and location, influencing the way you think and feel.The barbed tangles of sounds, the clusters of voices and rhythms – each of them establishes a connection with the past. Graham’s outstanding technical skills as producer may have brought them firmly into the present, but their origins will always lie elsewhere – most of the tapes heard running through these performances are digital copies of fragile 1980s originals. As for the person who initially composed the cut-up and heavily processed texts I found myself channeling onstage in the early years of twenty-first century: I’m not entirely sure where and when that individual slipped away. I had simply become an older mouthpiece for a much younger version of myself: just another ghost haunting my own body.