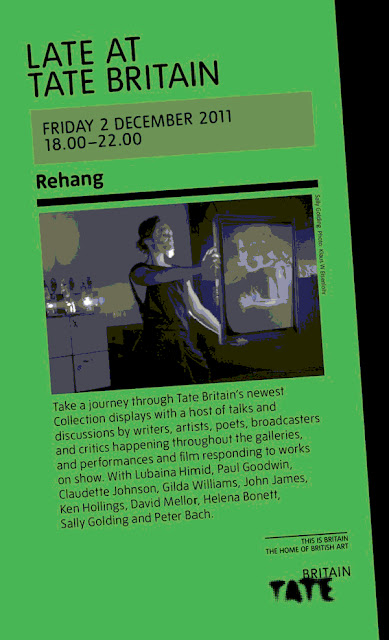 On Friday December 2 I am giving a short talk as part of this month’s Late at the Tate: Rehang event. The evening starts at 6.00 pm and I will be speaking at about 7.00 pm. I have selected one of the key works in the historic collection as my subject – but you will have to come along to find out which one. Admission is free, and there is a pay bar – which also means that it is the perfect way to spend the first Friday of the Christmas month. I hope to see you there.
Posted by Ken Hollings at 19:45 No comments:

Live From The Resonance 104.4 FM Studio With My Cat Is An Alien 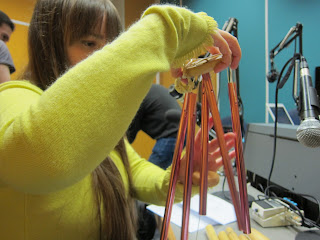 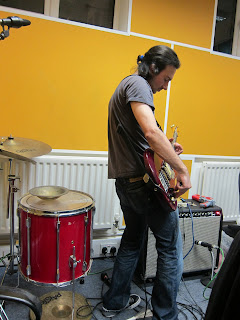 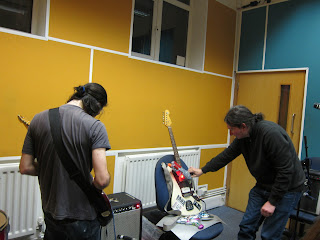 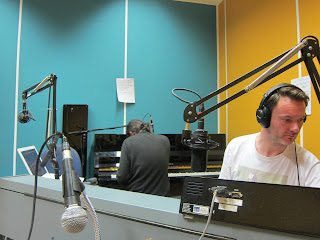 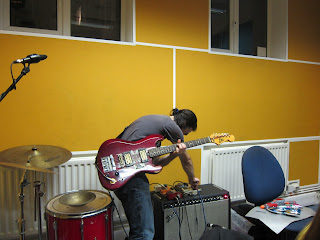 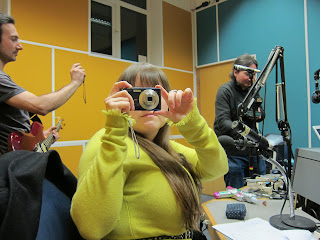 Ghosts can’t help themselves: they are always where they have to be, not where they want to be – flickering in and out of our perceptions as a series of hesitations, slips of the tongue and linguistic mistakes. The more self-conscious the public were rendered by the encroaching presence of recordings in their lives, the less likely they were to acknowledge the existence of an interior voice. The drama of the ‘all too human’ had to be inferred from its involuntary pauses, hesitations and repetitions: we have been on the alert for the presence of ghosts ever since.

Performing live to air with My Cat Is An Alien and Romana Ponzini was an exhilarating experience; and ‘Ghost Blood Spectrum’ was as intense an assemblage of sounds and texts as I could have wished for. The photos reproduced above were taken just before or during the actual broadcast and convey some sense of the moment. My thanks to everyone involved, especially the studio staff at Resonance 104.4 FM who could not have been more professional or supportive.

On the evening of Thursday December 1, I will be giving a lecture as part of this event organized by Design Against Crime at Central St Martins’ new Kings Cross site. The evening is open to the public, but you do need to reserve a place in advance by clicking here. I hope you can all make it.
Posted by Ken Hollings at 08:03 No comments:

Live Broadcast With My Cat Is An Alien on Resonance 104.4 FM 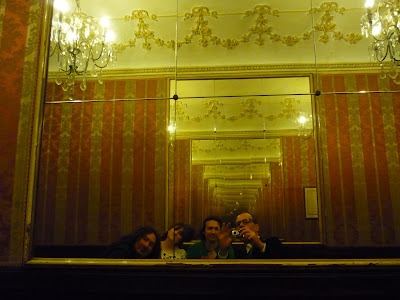 On the evening of Wednesday, November 23 between 20.00 hrs and 21.00 hrs [UK time] I will be presenting ‘Ghost Blood Spectrum’ a live radio event for voices, texts, music and sounds created in collaboration with My Cat Is An Alien and Ramona Ponzini. I am of course really looking forward to meeting up with Maurizio, Roberto and Ramona in London, where they will be playing a two-day residency at Café Oto. Regular readers of this blog will not need to be informed about MCIAA’s unique approach to the art of performance – or indeed Ramona Ponzini’s dynamic take on the delivery of Japanese poetry. I have no idea what will happen or even what it will all sound like – but what I do know from previous experiences on Planet Turin is that it will be primordial and strange…and uncommonly great. You can follow proceedings either by tuning into 104.4 FM or by tapping into the live feed by clicking here.

Pictured above: an experiment in time travel involving KH, Ramona Ponzini, Roberto and Maurizio Opalio conducted after midnight at the Café Fiorno, Turin – there is no credit for this photograph as it hasn’t actually been taken yet.
Posted by Ken Hollings at 19:10 No comments:

The Sum of All Fears at the Bishopsgate Institute 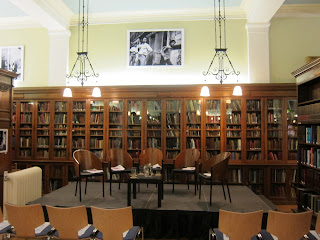 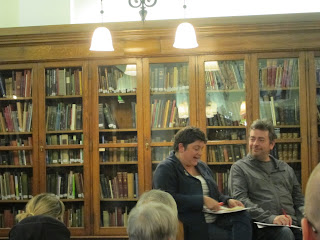 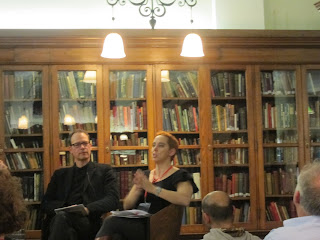 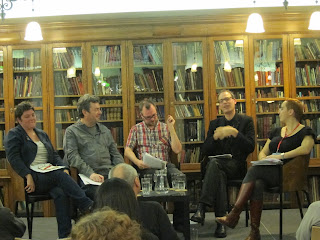 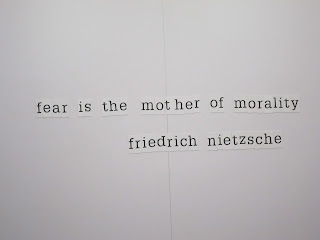 If ‘The Fear Factor’ panel at the Bishopsgate Institute proved anything at all, it was that fear itself is not a single-issue subject. The conversation ranged from violent hallucinations to violence in the home, networked experience to the trolls that seem to inhabit the network, and from lies and damned lies to statistics and Daily Mail headlines. Julie Bindel spoke of fear as a means of social control, while David Aaronvitch described the terror of losing control of what appears to be your innate rationality. Timandra Harkness exploded a few stochastic myths about our life expectancy, while I explored the distributed paranoia built into our current media architecture. Throughout the proceedings Neil Denny of Little Atoms maintained control of the group with a clenched iron fist, which is as it should be. Listen out for details on the forthcoming podcast of the event. All Hail Little Atoms – and All Hail the Bishopsgate Institute!

Pictured from top to bottom – the library set up for the panel; Julie Bindel and David Aaronovitch; KH and Timandra Harkness; the panel in full effect with Neil Denny presiding; a message from our sponsor displayed in the institute’s main reception area.
Posted by Ken Hollings at 09:45 No comments: 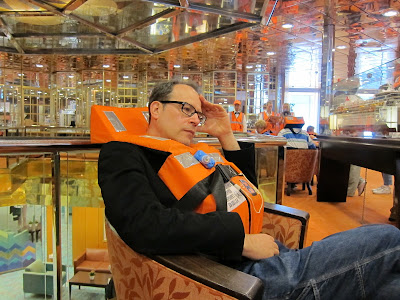 I am taking part in a panel discussion at the Bishopsgate Institute on the evening of Thursday November 10. Part of their ‘Whose Mind Is It Anyway?’ series, co-curated with Little Atoms, it should be a lively if disturbing affair – at least if I have anything to do with it. Do come along if you can.

These details are from the Bishopgate’s online posting:

Terrorism, health, poverty, safety, change or simply the unknown are all genuine and valid fears in today's society. They affect our behaviour, our choices and potentially our values. From the insurance industry to increased security control, fear has the power to alter our daily behaviour and to persuade us to accept policies and practises that may otherwise have been unpalatable. Who or what generates fear? Are there social or economic benefits to a frightened society? And if so, could the generation of fear be intentional?

In this discussion our panellists will explore what creates fear, how this alters our behaviour and values, and whether fear itself is cultivated.
Speakers include David Aaronovitch (writer and broadcaster), Julie Bindel (journalist), Ken Hollings (writer) and Timandra Harkness (writer and comedian). The event will be chaired by Neil Denny (Little Atoms)

Pictured above: KH happily contemplating the prospect of a life at sea, captured by roving shutterbug Kitty Keen – ‘Astonishing voyagers! What splendid stories/We read in your eyes as deep as the seas!’ (Charles Baudelaire, ‘Le Voyage’)
Posted by Ken Hollings at 12:37 No comments: