The Howling play Iklectik Studios February 5 2022 - Be There 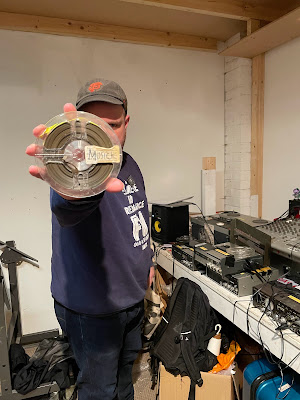 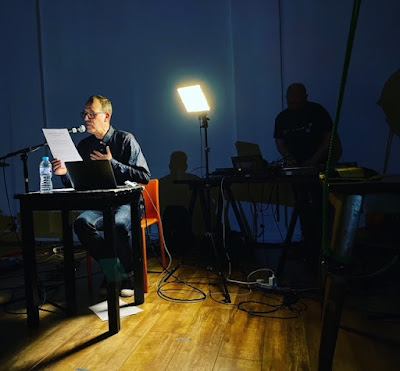 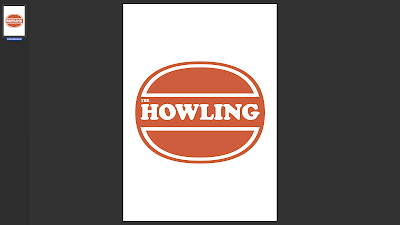 I am very pleased to announce that I will be joining the amazing Robin the Fog, AKA Howlround as part of ‘A Picture of the Picture of Dorian Gray’: an evening of events at Iklectik Studios taking place on Saturday February 5. Also on the bill are Tears Ov, Laura Angusdei and Alpha Duffau, so the whole thing will certainly be well worth your attention and support.

This is only the second time that Howlround and I have appeared together as the Howling. I’m going to let the press release take over at this point:

The Howling is a collaborative project started by writer Ken Hollings and sound artist Howlround devoted exclusively to their shared love of text, audiotape and trash aesthetics. An intense collision of spoken word and tape effects, the Howling’s first performance took place at the Iklectik in September 2019. Since then, the duo has been working together online developing new material and techniques. This is only their second performance, so don’t expect too much from them.

Ken Hollings is a writer and broadcaster. His work has appeared in numerous journals and anthologies, and he has written and presented critically acclaimed features for BBC Radio 3, BBC Radio 4 and Resonance 104.4 FM. His books include Welcome to Mars, The Bright Labyrinth, The Space Oracle and Inferno all available from Strange Attractor/MIT Press. His latest book, Purgatory, is due from them in Spring 2022.

Pictured above: Howlround in the studio, The Howling live at the Iklectik, September 2019, Howling logo by Philip Marshall

Posted by Ken Hollings at 10:49 No comments: