With Renée Glynne at Resonance FM 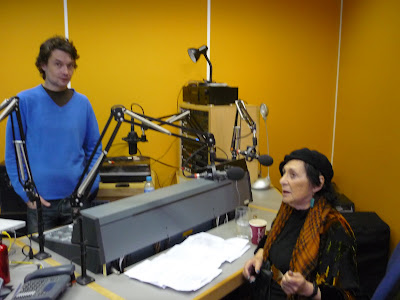 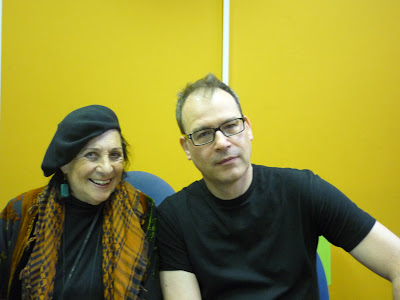 Twice in one week: recording shows for Resonance FM is starting to feel like a regular job. Following on from the Krautrock Kristmas Special, I find myself back in the Resonance studio again, this time to interview the remarkable Renée Glynne for their weekly film slot, Imreadyformycloseup. Renée has been involved in making movies, both here and abroad, since she was a production secretary on Gabriel Pascal’s Caesar and Cleopatra back in 1945 – although she also has earlier credits that this to her name – and has been responsible for script and continuity on such movies as The Quatermass Xperiment, Performance, Fire Maidens from Outer Space and Jean-Luc Godard’s One Plus One, to name only a few personal favourites. The lady has some stories to tell, from taking tea with George Bernard Shaw to having Mick Jagger and John Binden flashing their pickles at her in Soho. We recorded enough material for a couple of shows, which should go out over the Christmas period. More details on this blog as and when they come up.

Pictured above: Renée Glynne and series producer Richard Thomas setting up; Renée and KH taking a break from the recording
Posted by Ken Hollings at 11:22