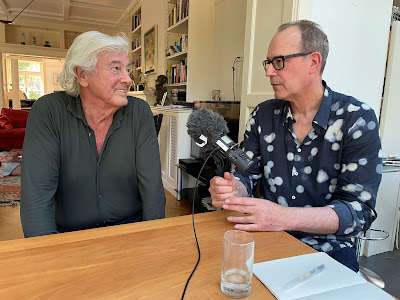 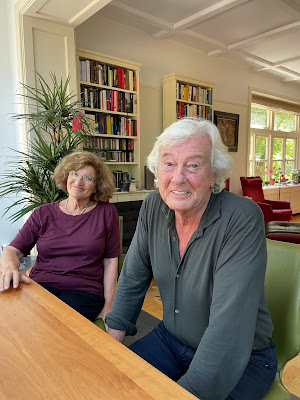 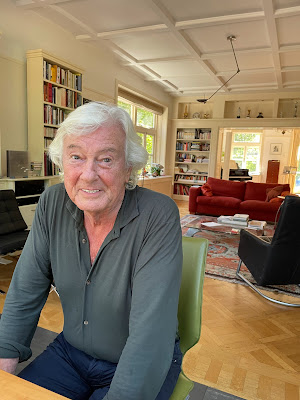 I’ve spent a lot of the past few months working on an hour-long programme for BBC Radio Four’s Archive on 4 slot on the subject of Paul Verhoeven and the three science-fiction movies he made in America at the end of the twentieth century: Robocop, Total Recall and Starship Troopers. Taken together, this loose triptych of grim fantasies lays out a disturbing archaeology of the future. Seen from the perspective of today, these movies offer startling insights into the hyperreality of the world we now encounter on a daily basis.

My producer and I were fortunate enough to interview some of the writers that worked with Verhoeven on these movies, notably Ed Neumeier, Michael Miner, Gary Goldman and Ron Shusset. We also managed to have a word with producer Jon Davidson and actor Kurtwood Smith, who brought a certain gleeful nastiness to his depiction of Clarence Boddicker in Robocop – I will never forget him delivering during the course of our interview such classic lines as ‘Can you fly, Bobby?’ and ‘Just give me my fucking phone call’. It really gave me the chills.

Over the summer we also had the opportunity to visit Paul Verhoeven and his wife Martine at their home in Holland. They were very gracious and hospitable; and we spent a wonderful afternoon with them, chatting about movies and comic books. I also recorded about two and half hours of an interview with Paul, extracts from which are featured in the show for Archive on 4. There were some amazing moments, especially when he spoke about his experiences as a child during WWII, his early movie experiences and his obsession with the life and death of Jesus. I’d been preparing a long time for this interview, pulling together details and references from Robocop, Total Recall and Starship Troopers. At the end of the afternoon, Martine, who’d known Paul since they first met in high school at the age of 17, said that I had been quoting Verhoeven ‘the way Paulus quotes Jesus.’ So Martine definitely had the last word on that.

For those of you unfamiliar with Verhoeven’s work, here are some details on the films featured in my programme.

Released in 1987, Paul Verhoeven’s Robocop brings an outsider’s eye to post-industrial, premillennial America. It’s no accident that the film is set in Detroit, once of the beating heart of the US automobile industry, but a city already dying on its feet as the factories shut down and their workforce migrated to the suburbs. The central character may be a cyborg cop, brutally gunned down by a street gang and then reassembled using advanced technology, but the film’s real focus is the shift in economics during the late 1980s away from manufacturing and towards purely monetarist strategies. The company responsible for this, ‘Omni Products Corporation’, represents the rise of outsourcing and the privatising of public concerns (healthcare army, urban development space exploration…). ‘Good business is where you find it,’ corporate predator Dick Jones boasts. ‘Hell, we practically are the military.’ The fact that it takes a creature that is half-human and half-machine to police it all is a message that was not lost on the people of Detroit, who have been agitated to have a statue of Robocop raised in their city for over a decade now.

Based on a short story by science-fiction legend Philip K Dick, ‘We Can Remember It for You Wholesale’, Verhoeven’s Total Recall (1990) goes deep into corporate control of perceived ‘reality’, anticipating the ‘post-truth’ gaslighting of the Trump era and the rise of media controlled ‘smart cities’.

Starship Troopers (1997) is also based on the work of a major West Coast science-fiction writer, Robert Heinlein. Its bugs-versus-teen-soap-stars narrative is the opportunity for a biting, deadpan satire on authoritarianism and its impact upon individual lives – a perspective that seems all the more relevant in the current political climate. Behind its depictions of media propaganda and military discipline is a movie that Daniel Ellsberg considered one of the most politically interesting films of the 1990s

There is also a wider narrative linking all three of these movies, and this is specific to the decades in which they were made. Each, in their own way, registers the first tremors of premillennial anxiety concerning the future, as ‘postmodern’ society prepared to leave one century and enter another. Using a palette that embraced comic-book violence, noir plotting, bloody violence and science-fiction imagery, Verhoeven and his scriptwriters managed to paint a shocking but thought-provoking picture of what was to come in the twenty-first century.

Paul Verhoeven’s American Futures goes out on Saturday September 24 at 20.00 BST and is repeated in a slightly shorter version at noon on Friday September 30. It can also be accessed via BBC Sounds – for more information click here.

You have twenty seconds to comply…

Kurtwood Smith as Clarence Boddicker says you can keep the gum

This looks excellent. Thank you for the posting. Will look forward to listening. Looks to me like you have enough material for a book....