Requiem for the Network - Essay Four, ‘I’ll Be Your Orange Juice’, Tonight 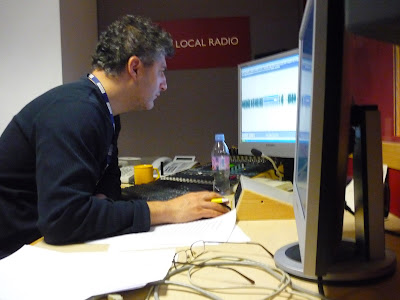 ‘I’ll Be Your Orange Juice’, the fourth essay in my series for Radio 3, Requiem for the Network, goes out tonight, March 24, at 23.00hrs.

From spotting craters on Mars to identifying images in museum archives, it seems that there is no longer a problem that can’t be solved simply by throwing enough people at it. Social networks, online communities, multiplayer games, open-source projects and long-tail marketing are all examples of how the masses of the 20th century have been replaced by ‘the crowd’ of today. The networked ‘wisdom of crowds’ continues to evolve – from Second Life to MySpace and from Facebook to Twitter. These, however, are nothing compared to the personal relationships the netizen of the future will enter into with inanimate objects: RFID chips and complex barcodes embedded in products will allow you to interact with the contents of the supermarket shelf, establishing a social network of things. Don’t look now but that carton of orange juice just called you by name.

Essays one, two and three from the series are currently available from BBC i-Player  - each one, however, will only be available for seven days after the date of original broadcast.

Pictured above: Producer Mark Burman at the controls during playback of talk number 4 in the ‘local radio’ studio at Henry Wood House, in the West End of London – so how ‘local’ is that exactly? Even Mark didn’t have an answer to that.
Posted by Ken Hollings at 09:15

Labels: Live Media, Requiem for the Network, The Bright Labyrinth