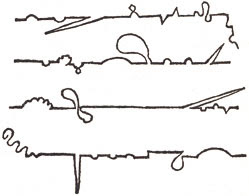 This Sunday I am taking part in a special live transmission from John Latham’s old house – this will be my first public appearance since my eye operation. As I have just finished rereading Laurence Sterne’s The Life and Opinions of Tristram Shandy, Gentleman (picked up and only rarely put down during my recent period of convalescence), I shall be absolutely certain of sticking to the point. The following details are extracted from the event’s press release:

Sound Threshold Presents AN OVERLOADED TRANSMISSION FROM A QUASI-PERSONAL STELLAR SOURCE
A live, long form radio broadcast from Flat Time House in collaboration with Resonance FM Sunday 1 August from 6.30pm to midnight,on 104.4 FM and online streaming. Curated by Lucia Farinati and Richard Thomas, the project explores the former house and studio of the artist John Latham as a broadcast unit and a meeting place extended in time. Prompted by Time-Base and Determination in Events, a text written by John Latham in 1975, An overloaded transmission… takes its cue from the inquisitive words of Latham and his Theorem (Time-Base). Each room and part of the house will be used for recording conversation on site and broadcast live on Resonance FM. The facade will host a newly commissioned outdoor sound installation Not Speaking the Language by William Furlong, which will use John Latham’s recorded voice. Sonic artist Mark Peter Wright has been commissioned to create a new composition, Re-Ear, where he will gather field recordings before and during the event that he will then mix and play live with the conversations.

Pictured above: Tristram Shandy’s own sketches illustrating the narrative lines for the first four volumes of his memoirs – ‘The reader who demands to know exactly what Sterne really thinks of a thing…must be given up for lost’- Friedrich Nietzsche
Posted by Ken Hollings at 10:30