Stepping Into the Dark with Chris Watson: ‘Fiat Lux’ 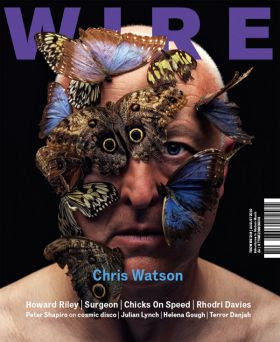 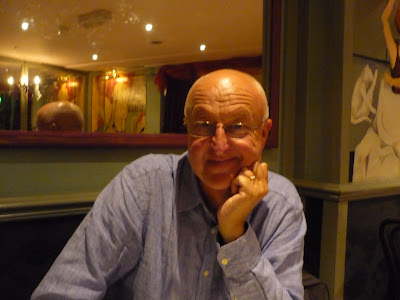 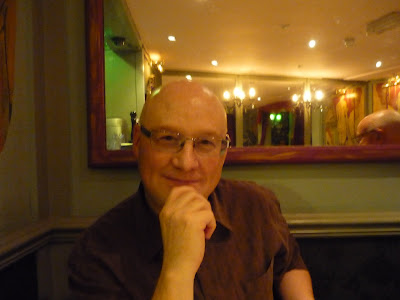 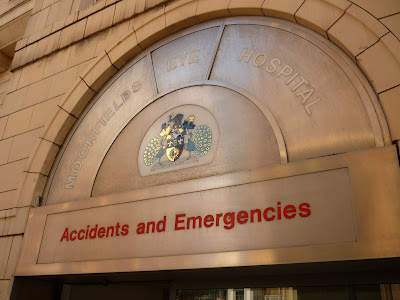 I do not usually write about my personal life on this blog, which has no doubt led some of you to the not unreasonable conclusion that I don’t actually have one. This is perhaps why I have found it a little difficult to post anything about the cover feature I wrote on Chris Watson for the August 2010 issue of The Wire, which is now on sale. It was actually while recording the conversation that formed the basis for this piece that I first began to notice something was going seriously wrong with the sight in my left eye. I had arranged with Mike Harding of Touch to attend a lecture Chris Watson was giving at Gresham College in the late afternoon of June 22. Touch have been responsible for releasing Watson’s amazing collections of solo sound recordings as well as his collaborations with the likes of Z’ev, KK Null and BJ Nilsen – it now seems grimly appropriate to recall a conversation I had with Mike before Watson’s presentation in which we both agreed that his album Stepping into the Dark was a personal favourite. The sun was starting to set as Chris gave his talk, so I didn’t really pay that much attention to the flickering copper and gold light in the hall – except to note that only my left eye seemed to be detecting it. In any case, I was far too busy taking notes to do much about it.

The plan had been for Mike, Chris and I to have some dinner together in a basement restaurant off New Oxford Street – then Chris and I would find some quiet location to record an interview. Conversation at table was delightful, mostly about mutual friends and the unacknowledged importance of the mastering process to the finished recording – in fact, so delightful that I did not pay much attention to how dark it was getting in our corner of the basement. I even took a couple of pictures. After the meal Chris and I were standing on the pavement outside the restaurant trying to hail a cab. ‘Look at the moon,’ Chris said. ‘Where?’ I asked. In a creeping state of shock, unsure whether the darkness I could see descending was an actual change of the light or something that was happening only to me, I did what seemed to be the only sane thing under the circumstances – carried on as if nothing was happening.

Meeting Chris Watson was a real pleasure and I enjoyed our conversation immensely – which helped take my mind of the fact that his face kept sliding apart every time I tried to concentrate upon it. The first part of our conversation was recorded in a college quadrangle close to his hotel as the twilight set in; the second took place in his room, where I was finally forced admit that something was definitely and seriously wrong. By now it was dark outside, and Chris had switched on a couple of reading lamps – by their light it was now uncomfortably clear that I was almost completely blind in my left eye. ‘Fancy joining me for a drink?’ Chris asked after we finished the recording. ‘No, I think I’d better head home,’ I replied and maybe even added something about having an early start the following morning – which was when The Wire had the Chris Watson cover shoot scheduled.

After we said goodnight I realized for the first time I was in an unlit part of the Greys Inn Road I didn’t know that well and unable to see properly – I part walked and part ran to Holborn where there were lights and crowds of people and some street corners that were more familiar to me. By then I knew enough to realize that I was really starting to panic badly – I managed to call my wife Rachel, who was on her way home from an evening at the Royal Opera House, on her mobile. I’m not sure that I was particularly coherent at that moment, but Rachel later told me she could tell from the tone of my voice that I was in serious trouble. She immediately turned around and headed back into town, having first arranged to meet me at Waterloo Station – there she bundled me into a cab and took me to the Accidents and Emergencies Department of Moorfields Eye Hospital in Old Street. Without her kindness and gentle good sense I am really not sure how the rest of the night might have played out. When we finally returned home together around 2.30 in the morning, I remember being mildly surprised to discover that my backpack still contained the handwritten notes, printouts and recordings from my conversation with Chris Watson, which by then seemed to have taken place several centuries before. The rest you know – or you can read about in the current issue of The Wire.

Pictured from top to bottom: The Wire # 318 with Chris Watson and butterflies covering his eye; Chris Watson at the restaurant; Mike Harding of Touch, sitting next to him; the main entrance to Moorfields Accidents & Emergencies – note the Latin tag just above door
Posted by Ken Hollings at 10:54

I hope you have recovered well. That sounds like a really intense experience. I look forward to reading your article.

Hey RK - thanks for the good wishes - the left eye is now receiving the world in more detail than it did even a week ago. The Chris Watson piece, being a Wire profile, does not of course mention what was going on at the time, except in its references to the changes in light between a late summer's afternoon and the night - I thought I'd save that story just for the blog - enjoyed your recent 'American Haunts' post BTW - best wishes K+X