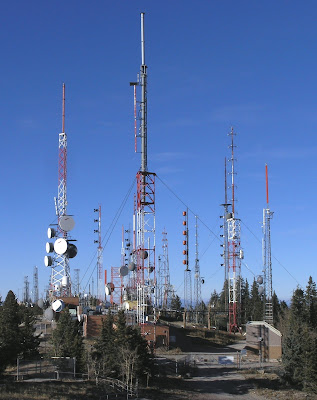 The Extensions of God

In January 1996, as we approached the edge of a new millennium, Wired published an exclusive interview with Marshall McLuhan in which he discussed at great length the effects that the new digital technologies were having upon our most basic perceptions. He emphasized the importance of promoting inefficiency among the business communities of the twenty-first century, argued that ‘the product promotes the consumer’ and dismissed cyberpunks as mere ‘sentimentalists’. In fact, the author of Understanding Media seemed remarkably alert and well-informed for someone who had actually been dead for more than fifteen years. As citizens of the digital regime, we have grown accustomed to such intrusions. ‘The real message of media today is ubiquity,’ declared the newly reanimated McLuhan. ‘It is no longer something we do, but something we are part of. It confronts us as if from the outside with all the sensory experience of the history of humanity. It is as if we have amputated not our ears or our eyes, but ourselves, and then established a total prosthesis – an automaton – in our place.’

McLuhan’s Understanding Media was subtitled ‘the Extensions of Man’; while Freud famously described man’s condition in the mechanical age as that of ‘a god with artificial limbs’. Does our newfound ubiquity in the digital regime come at a price – especially at a time when we can’t even get a plane off the ground?

Welcome to the second episode of ‘Hollingville’, which is scheduled to go out live at 7.00 pm on Thursday April 22 on Resonance 104.4 FM. My studio guests will be Russell Davies, noted cultural commentator and inventor of the ‘Post Now’ theory, and Resonance’s very own Richard Thomas, graciously filling in at the last minute for Gary Lachman, who is currently stuck in Florida, waiting for a flight back to London. Expect unscripted ruminations on the ecology of live and dead media, digital dematerialization, lo-tech art forms in a hi-tech world and how to get the most out of your new i-Pad – well, perhaps not that last one: sorry but the silence of the empty skies above is making me giddy. Specially commissioned commercial breaks will be by the ‘Hollingsville’ composer in residence, Graham Massey, with ins, outs and moods by Indigo Octagon. Radio is a medium too, you know.

A World’s Fair of the airwaves, each episode of ‘Hollingsville’ will chart a different aspect our historical relationship with technology. From architecture to bodies, computers to phantoms, machines to monsters, my guests and I will be exploring the digital regime. Join us, won’t you? Every Thursday between 7 and 8 pm (repeated every Tuesday at 11.00pm) on Resonance 104.4 FM or streamed from their website.

Pictured above: the secret architecture of radio towers, courtesy of Wikimedia Commons.
Posted by Ken Hollings at 09:01