‘Hollingsville’ To Start on Resonance FM 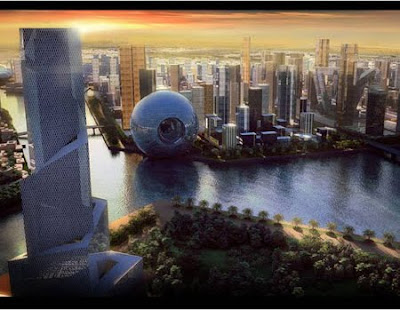 After visiting Mars, where to next? Welcome to ‘Hollingsville’: my new twelve-part series on Resonance FM. A World’s Fair of the airwaves, the show will focus each week on a different aspect of our historical relationship with technology, from architecture to bodies and from computers to phantoms. I imagine the whole series as taking the shape of a sprawling Radio Expo with each individual episode being one of those grand pavilions dedicated to some subject that seems pretty specific and yet oddly vague at the same time: somewhere between an information-rich environment and a theme-park ride still standing long after the crowds have gone by. From Disney’s Carousel of Progress and the General Motors Futurama Ride in New York to Le Corbusier’s Poème Electronique and the giant Atomium in Brussels, the grand expositions of the twentieth century represented some kind of missing link between the artificial spaces of Suburbia and the more experimental structures envisioned as shaping our future: ‘Hollingsville’ is located inside a large geodesic dome in the same area.

Each episode will start with an unscripted tour through a different theme with special contributions from a wide range of guest speakers, including Steve Beard, Adam Curtis, Russell Davies, Mark Fisher, Laurie Lipton, Edwin Pouncey and Cathi Unsworth; and with musical interludes from the likes of English Heretic, Simon James, Richard H Kirk, David Knight, The McCarricks and Frances Morgan. Composer in residence for the entire ‘Hollingsville’ series will be Graham Massey, and the show’s spiffy new title theme is the work of continental electronic popsters Indigo Octagon.

You can hear episode TX1/12, ‘The Future’, going out live between 7.00 and 8.00 pm on the evening of Thursday April 15. Further details will be posted on this blog a little nearer the time.

I've been pleased to hear to the first two episodes so far. Next one can hope that there will be a companion book to this series as well. Cheers, Master Hollings, from across the pond.

Dear Mr Pendleton: many thanks for the encouraging words and kind comments. There is indeed a companion book in progress, which will tie together the individual episodes of 'Hollingsville' with some of my recent lectures and essays. Posts collected under 'The Bright Labyrinth' should give some idea of the subject range - or you can just click here: http://kenhollings.blogspot.com/search/label/The%20Bright%20Labyrinth