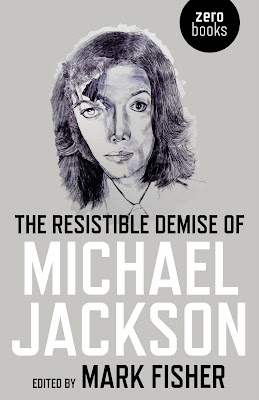 The official launch last week of The Resistible Demise of Michael Jackson was made a happier and brighter affair by news that a reader’s review of it had just been posted on the book’s Amazon UK webpage. Composed by a creature of indeterminate age and gender, but with a greater command of written English than its idol ever achieved during his lifetime, it condemned the book as ‘utter trash’, tagging it as ‘lies’, ‘rubbish’ and ‘character assassination’ before damning it with only one star. Needless to say, the author’s opinions were based solely on reading the free extract taken from anthology editor Mark Fisher’s introduction. I'm sure he feels suitably ashamed of himself.
That in itself would have remained unworthy of comment until the same review also turned up on the book’s Amazon US webpage, at which point it is interesting to notice the contrasting responses it provoked on either side of the Atlantic. What was gratefully received as a dire warning to MJ fans in the United States has proved to be the making of the book in the UK, gaining it a couple of five-star reviews plus some comments in its support. ‘After reading your review,’ ran one, ‘I'm definitely going to buy this book. Thanks!’ And I, as a contributor to the book, thank you too.

I draw no conclusions from this comparison – I merely make observations. I should probably add, however, that I have never seen a more sordid cabal of intellectual muckrakers and cultural pornographers as that assembled by Zer0 Books to celebrate the launch of The Resistible Demise of Michael Jackson. I felt so sullied and compromised in their presence that I have been sobbing in the shower ever since – hence the lateness of this post. My apologies – but I’m sure you all understand how that can feel.
Posted by Ken Hollings at 10:37