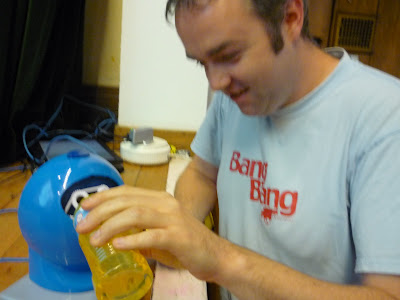 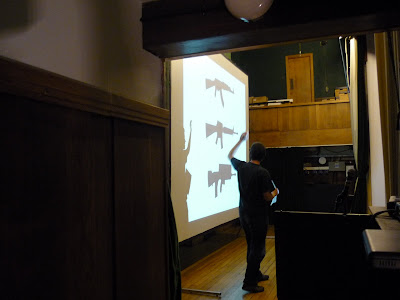 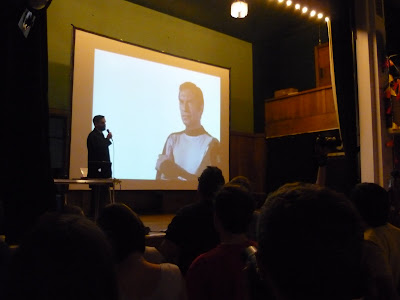 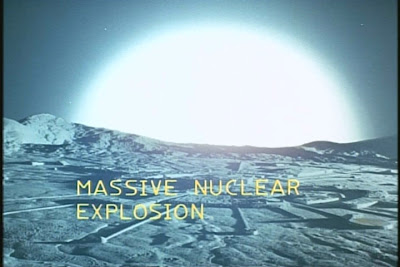 One of the better ways to give a comprehensive account of this year’s Interesting, which took place at the Conway Hall on Saturday September 12, might be to tag it. With over 30 speakers taking part, plus all the usual sidelines and distractions, this is perhaps the only way to suggest the diverse range of subjects covered. So even a less than comprehensive set of tags would have to include: yachts, robots, Sir Francis Galton, sunsets, Morse code, conducting an orchestra, Stan Laurel’s dad, frivolity, the colour violet, being a gentleman, videogame cheats, girls’ comics, sound apps, bacteria, nuclear power, education, ponies, homemade merchandising, guerrilla gardening, drinking, monopoly, waterwheels, technological doping and (most likely) cake.

Also worth a mention – although not strictly on the roster of speakers – are Adrian McEwen’s Bubblino, a robot that responds to feeds on Twitter by blowing bubbles, and Matt Jones’s chilling revelation that the day after Interesting, Sunday September 13, would mark the tenth anniversary of that fateful day when a massive nuclear explosion on the moon hurled it out of earth orbit and sent it careering across the universe. You may not have needed to attend Interesting 09 to enjoy this particular pop culture factoid, but it’s the only event in town where you’d have been encouraged to commemorate the occasion by getting to your feet and dancing wildly to Barry Gray’s disco-tastic Space: 1999 main title theme. Now that’s what I call edutainment. Thanks again, Russell. See you all next year.