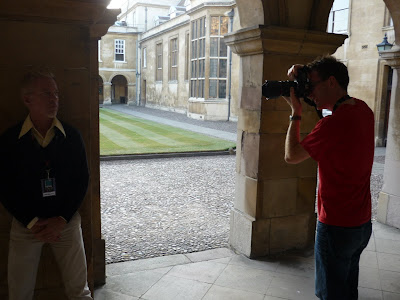 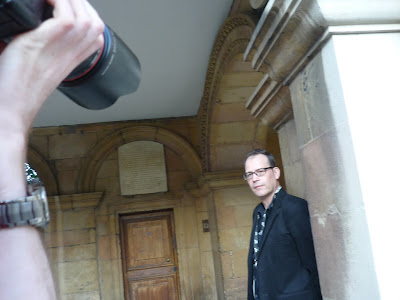 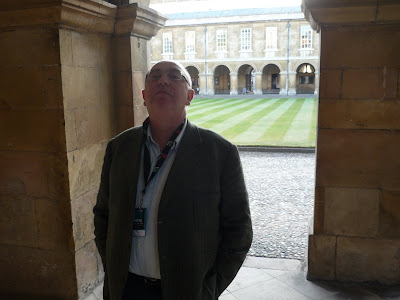 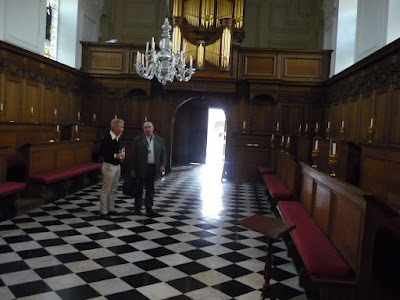 These pictures were taken late on a beautiful Saturday afternoon in the front court and chapel at Emmanuel College, Cambridge, just across St Andrew’s Road from the Arts Picturehouse Cinema, where the festival screenings were scheduled. They show US underground filmmaker Mark Boswell and James Mackay, who produced some of Derek Jarman’s mid-eighties movies during a photo shoot organized by the festival. That afternoon Mark was showing his Nova-Kino show reel as part of a programme of events that James had put together for that day. There had already been a screening of work by Danny Lyon earlier in the day and Gina Birch was also due to show a rough cut of the film she is making about her time with The Raincoats. The Q&A with Mark was a really lively affair ranging over a number of topics with the audience participating enthusiastically. The session was also recorded so I’ll post a link to any online documentation that might appear on the CFF website in due course.

Pictured above from top to bottom: Mark Boswell squares up; KH under the lens (photo by Mark Boswell); James Mackay under the arch; Mark and James in Emmanuel College chapel.
Posted by Ken Hollings at 08:18