Lonely Creatures at the Green Room in Manchester 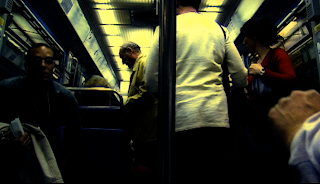 I am currently madly busy completing a number of new texts, all of which have deadlines coming up over the next two or three weeks, so posts have become a little infrequent of late. My apologies. Preparations are also in hand for the first live presentation of Lonely Creatures at the Manchester Green Room on the evening of June 19.

At the core of this show are six short films I’ve been working on with Howard Walmsley of Biting Tongues, responsible for the recent Dragman 2009 video. The individual content of each film is made up of a set of conflicting images, words and soundtracks. Together the series forms a fragmented study of isolation and obsession, fantasy and collapse.

This is the first time that all six films will be shown together, and a special live soundtrack will be performed by Graham Massey , Howard Walmsley and tech-core thrash-meisters Hot Bone (check out their Flightless Bird video on YouTube) plus some surprise guests. I have also prepared three new texts and will be reading them as part of the show. More details, pictures and press releases as they become available.

The above image is a screen grab taken from 'Lonely Creatures 5': the one audience participation moment scheduled to take place during the entire evening.
Posted by Ken Hollings at 10:03

Please tell me it won't be the only performance? :-)

There are no immediate plans for a repeat performance of Lonely Creatures in this format, but Biting Tongues will be performing at Islington Mill in July and Graham Massey and I have been discussing the possibility of staging another performance of 'Ego In Exotica Sum' in September - I think the plan is to include more Denny arrangements in the piece and maybe film it as well. Will post more details as and when they come up.