Catching up with Berlin 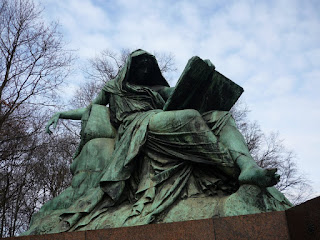 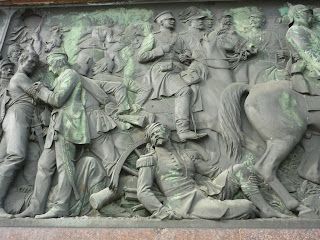 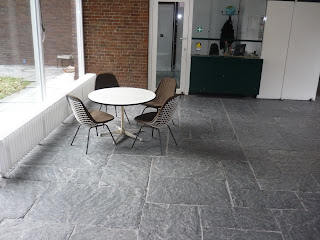 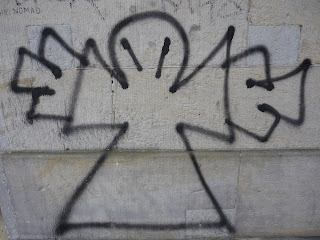 Buildings –whether examined individually or experienced as part of a city – often make for the densest of publications and consequently take a little while to catch up with – hence the retroactive posts that make up this series.

Only a few years ago Berlin seemed to be rewiring itself for the future. When I was there in 2002, most of the major historical buildings were either covered by taught translucent scrims advertising telecom companies, sheeted in transparent plastic or in the process of disappearing altogether, having been bought out by design and software companies. Street maps became out of date before they were even published, and the city appeared to have no locatable centre. At night whole areas of the Mitte, where no man’s land once stood between East and West, had the desolate, depopulated feel of an industrial suburb.

On my recent return visit in March, everything seemed much older and more monumental, harking back to what Friedrich Kittler once referred to as the ‘Founding Age’ – Molkte, Bismark and the Siegessäule have now emerged to reclaim a new place for themselves among the trees of the Tiergarten in a city that is more centralized than ever before. Human figures – of whatever scale – seem to have reinserted themselves into urban landscape, taking on the drapes and coverings which the buildings have long since cast off. The most comfortably dated human imprints were to be found inside the old Akademie der Künste building, where – as Steve Goodman pointed out during a late-night taxi ride – ‘all the furniture looks old and battered, but you can tell they’re classic pieces of modernist design.’

Pictured above: female figure at the foot of the Bismark memorial; one of the bas reliefs at the base of the Siegessäule; a cluster of modernist furniture in the rear lobby of the old Akademie der Künste; another draped figure confronts Bismark – the choice of ‘nomad’ for a tag stikes me as expressing an ironic nostalgia for the decentralized Berlin of a few years ago.
Posted by Ken Hollings at 08:50