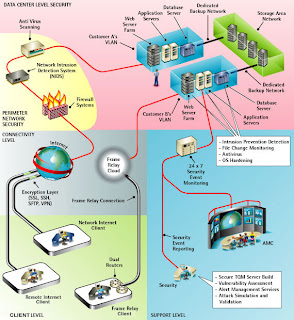 Olaf Arndt of BBM has supplied an overview of the press response to the Embedded Art show at the Akademie der Künste in Berlin. One of the exhibits is ‘Requiem for the Network: Six Degrees of Devastation’, which I’ve been worked on with Rathna Ramanathan. ‘The tenor for EMBEDDED ART,’ Olaf writes ‘is from “groundbreaking exhibition” to “new aesthical power for political arts”.’

Die Zeit, 5 February 2009
‘Horrifying Humming’ Tobias Timm
The artists participating in EMBEDDED ART do not wish to produce decorative commodities, rather, they understand themselves as radical preachers of Enlightenment… The exhibition attempts to show how the fear of terror has been stoked and instrumentalised. As a result the show itself induces fear, that future technologies will be deployed in reality in the near future… The visit to the underground cellars of the Akademie resembles a ghost train ride leading you from the world of make-believe into a menacing reality, increasing the visitor’s sensitivity to the current threats.’

Tagesspiegel, 24 January 2009
‘Mental Warriors’ Kolja Reichert
‘It’s amazing how quickly the disposition capsizes. For so long, political art has been suspected of being oriented towards a practical goal, which in itself is hostile to the concept of art….The apologists for neo-liberalism, acknowledging their shipwrecked status, remain silent, now enabling critical art to be acceptable in a mainstream art context. With that, the ground has been prepared for a ground-breaking exhibition at the Akademie der Künste whose opening unexpectedly coincided with the Gaza war.’

spiegel.de, 23 January 2009
‘In Close Contact With the TASER’, Jenny Hoch
‘We tolerate quite a lot In the Name of Security: surveillance, raids, data disclosure. The exhibition ‘EMBEDDED ART’ in Berlin’s Akademie der Künste comments on this alarming development and challenges the boundaries of acceptability with its visitors. But above all, EMBEDDED ART deals with a powerful subject, particularly strong because of its societal relevance. Whereas in former times, the ideals have been liberté, egalité, fraternité, today the predominant ideal is security… The exhibition elucidates a re-evaluation of the gulf between the older ideals and that of security, also demonstrating the problematic results of that re-evaluation.’

Süddeutsche Zeitung, 27 January 2009
‘Self-experiments in Weapon Technology’, Alexandra Mangel
‘The idea of the exhibition makes sense. That it can work as an exhibition is proved as soon as the doors of the goods lift in the second underground floor open and we are confronted by a Kandy-Kolored (Kool-Aid) Acid trip style oil on canvas painted by Moritz Reichelt… The show is shocking, an honourable, enlightening research effort and a feast for fans of Michel Foucault’s Discipline and Punish.’

Neues Deutschland, 3 February 2009
‘The Production of Maximum Pain’, Manuela Lintl
‘Of course it’s hasty to say at the beginning of the year that the Akademie der Künste has been installing the most important exhibition of the year with EMBEDDED ART – Art in the Name of Security. But this ambitious project will – most likely - be an exception amongst the palatable others of Berlin’s contemporary art jungle.’

Frankfurter Allgemeine Zeitung, 25 January 2009
‘Art of War Halls’, Peter Richter
‘During EMBEDDED ART, the Akademie’s cellars, built by the architect Behnisch, get a taste of Abu Graibh… When you find out that the Pentagon considered providing an ADS microwave pain beamer machine knowing that the exhibition will critically investigate the subject of Non-Lethal Weapons, and you discover that this critique of European security policy is sponsored by EU funding, then you’ll gain some idea of what the term ‘embedded’ means today.’


Die Welt, 24 January 2009
‘In the Name of Security’, Gabriela Walde
‘The exhibition abstains from ham-fisted provocations, depicting and documenting more than she judges. However, those who expect the Akademie to come up with a top-down presentation, lush with discourse, will thankfully be most pleasantly surprised.’


Frankfurter Rundschau, 26 January 2009
‘In the Cellar’, Harry Nutt
‘The curators’ approach is political in an eminent way and most of the commissioned artists have been following them on this path, according to which any one of us is under the control of an alien apparatus… Most of the time we are too dull and inactive to imagine what the exhibition is clearly demonstrating: namely, the huge amount of scientific energy that has been put into the apparatus of building security… There will be no-one left untouched by this.’


Berliner Zeitung, 24 January 2009
‘The Great Discomfort’, Ingeborg Ruthe
‘Those expecting to engage with highly complex, brittle political fragments and wade through problematic debates will be surprised how visceral the exhibition is. Irritating and unsettling, yet elucidating, it’s also entertaining when, for instance, you see a Pop-Art style Bin Laden appear on the giant display of the Akademie’s façade, turning the ‘master of evil’ into a comic figure. Thankfully, the exhibition refrains from dividing the world into good and bad, avoiding the judgment of gods and wise men. Only the Hauptstadtkulturfonds dared to finance such an aspirational, weighty and explosive exhibition.’


Zitty, March 2009
‘In Evil’s Den’, Petra Reichensperger
‘Once again it’s the artists in their role as curators who consequently experiment with the format of the event exhibition. They thrust themselves into undermining the system by subversively executing the fundamental rules of security. There is no way that art can be more cutting in commenting on contemporary security policies.’

Radio1, Marie Kaiser
‘EMBEDDED ART takes place at the very right location. My advice is to go and see it. It’s worth it, but it’s tough… One of the most important exhibitions in Berlin.’

Labels: Events, Journal, Requiem for the Network, The Bright Labyrinth