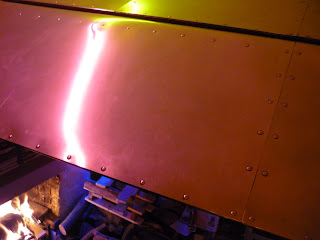 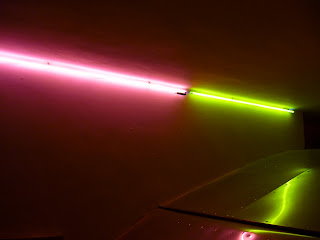 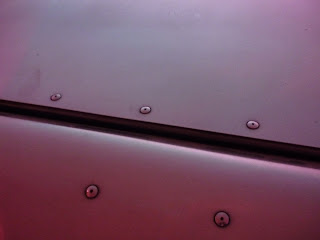 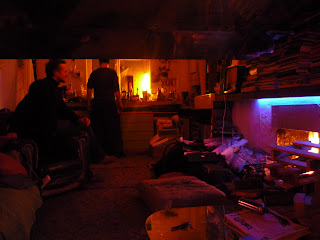 ‘It’s really hard to take a good picture of the wing,’ Simon Tyszko observed rather phlegmatically as I tried to line up a shot of the Dakota wing that is installed in his Fulham council flat. ‘It’s a bit like trying to take a decent picture of the aurora borealis. The effect is just a bit too big for the camera.’

He’s right of course. Taking a decent photograph of Phlight isn’t easy, so I fell back on an old trick I once learned from Andy Peters for photographing hot rods and dragsters: concentrate on one tiny detail and get that to represent the whole. Suddenly all the neat of lines rivets lovingly punched into place took on a strength all of their own. Having seen some of the footage taken of the wing’s manufacture, I can testify that this isn’t a mocked-up replica of a Dakota wing: it’s a Dakota wing. With every strut, brace, section and support in place, it’s an amazing piece of engineering in itself; and that’s before we get to the logistical problems of wedging it into a post-war South London council flat.

What’s equally remarkable about the relationship between the wing and the domestic space it occupies is the way in which Simon’s flat still divides itself up into habitable areas but does so by horizontal divisions: a flat wide plane separates the kitchen from his work area, the books are all arranged on their sides filling every conceivable free opening, while the bathroom, exposed to the entire room and far from the wing, offers the best view of it by far.

I was taken to Phlight by rogue enthusiast David Ellis, who is making a film about the wing's creation and its installation. On the way we stopped by the UK headquarters of the Aetherius Society, founded by taxi driver George King in London in 1958 but now with its main base located in Los Angeles. George King had a series of revelations in 1954 which led him to have direct spiritual contact with the Space Brothers; and for many years the front of the UK office, still based on the Fulham Road, used to have the cheeriest neon flying saucer hanging over the door. Sadly it’s now disappeared, as have all the pictures of flying saucers, shown whole and in section, which used to grace their window displays.

Very similar to the flying saucer photographed by George Adamski back in the 1950s, their display was always a reassuring reminder that spiritual advancement and technological progress were still linked together in some people's minds, and that a prayer battery was still being charged in the Aetherius Society basement. Unfortunately, one of the society members, who caught David filming me outside the shop window in full flow about 1950s saucer cults, took a slightly dim view of my enthusiasm for their work and declined to give us an interview – even though we hadn’t actually asked her to grant us one.

The rest of the evening was spent under the wing, making plans for me to do a reading from ‘Welcome to Mars’ there sometime later this month. I will be presenting an intimate version of the Other Cinema reading to an invited audience beneath the wing and then engaging Simon in conversation about aerospace, art and the future from the wing itself. It should be a most engaging evening. Above: two views of the wing with an open fire beneath it and neon tubes above; a close-up of the rivets and; finally, Simon makes tea on the far side of the wing while Ellis gazes into the flames. Antoine de Saint Exupéry would surely have approved.
Posted by Ken Hollings at 09:01