Lecture Five: The Purple Death: Further Notes on Camp and the Rise of the Lowbrow 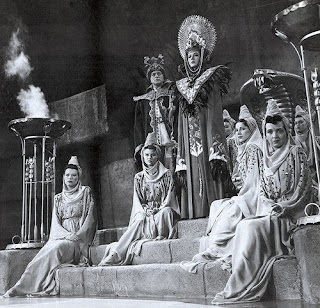 The July 1964 issue of Esquire magazine carried an article entitled ‘The New Sentimentality’ arguing that the early 1960s had fostered a new ironic, remote and unsentimental sensibility. It was now a matter of being cool in what appeared to be an increasingly overheated age. Written that same year, Susan Sontag’s ‘Notes on Camp’ conveyed precisely that ironic distance, even to the extent of including Esquire magazine’s covers and content as examples of Camp.

The interest in Camp at this time, her notes suggest, implies an ironic detachment from the representation of feelings in order to rediscover those feelings. ‘Notes’, after all, are merely observations that have been registered but never fully considered. Events, the note-taker seems to be saying, are happening far too quickly for anything more. The use of the word ‘notes’ also suggests a lack of participation in the event itself: an uptown mentality looking at the goings-on downtown.

Downtown New York in the 1960s was where new underground communities were celebrating the impossibility of glamour in a tawdry world, who read strange new subtexts into the old Hollywood melodramas of fake beauty and fake suffering. We find this gleefully tragic vision in the films of artists like Andy Warhol and Jack Smith and see its energy running through the experimental music, movie and drug scenes of the period.

‘The Purple Death’ offers an outline of this new sentimentality that still appears so hard edged, ironic to the point of sarcasm and, above all, so knowingly modern in its attitudes and methods. The lecture will also look at how its unsentimental aesthetics still influence our take on the ‘lowbrow’ cultural enthusiasms of today. From Flash Gordon, Maria Montez and Batman to tattoos, pin-striping and Tiki lounges, Camp still holds considerable sway over the way we look at the world.

For the opening of Jack Smith’s ‘Flaming Creatures’, click here

For a glimpse of the magnificent Maria Montez in ‘Cobra Woman’, click here