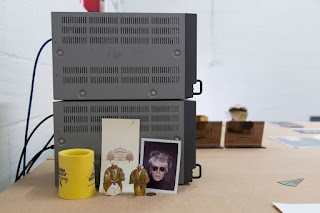 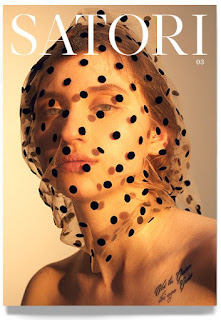 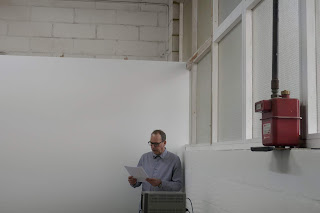 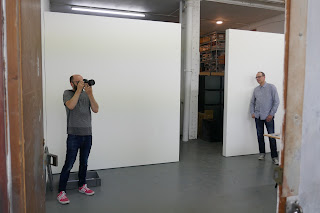 At the start of 2018 the artist Richard Bevan asked me to participate in an exhibition of maquette at  The Block in New Cross, South East London. I old him I would take the request seriously. 'Don't overthink it,' Richard replied. 'Maquettes', he went on, should be taken as a broad term for something that exists between a thought and a thing. I had noticed an accidental arrangement of objects on a shelf in my studio and decided to submit these in response to Richard's invitation. Around the same time the editors of Satori magazine approached me to write something for a forthcoming issue on the subject of aesthetics.The result was 'Ekphrasis', a text that describes in detail the arrangement of objects on my studio shelf - I wrote it while preparing for the 'Maquettes' show to open at The Block. The show as very lovely, and I was very happy to have been included in it. I was also very happy with the way the 'Ekphrasis' text came out, so when Block invited me to give a reading there to mark the close of the exhibition, I agreed immediately. Richard Bevan recorded the reading, and Rachel Hollings - known as @lahollings to her many Instagram followers - photographed the event.

I am indebted to Rachel and Richard for their documentation of my reading.

Later in  the year Mike Harding of Touch Radio expressed an interest in featuring the recording of 'Ekphrasis' as one of their fabulous transmissions. You can access it directly from them by clicking here.

This is the first piece of mine in a long time to exist as a show a published text, a live performance and a sound piece. Single process: multiple outcomes. I wish I could do this more often, Enjoy.