The Voices Are Back – Some Reflections on ‘Speak Spirit Speak’ 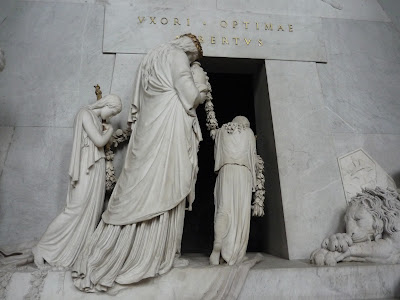 For a limited period only, ‘Speak, Spirit, Speak’, my radio doc on EVP, ghost voices and ghost technologies, is back on the BBC i-Player. You can find it here.

The show seems to have become a regular fixture on Radio 4 Extra – I usually know when it has been on because I receive an email from some listener taking issue, not so much with the programme’s arguments, but with some specific example or other. Usually it is ‘We can see Edith by radio,’ cited by Edith Cass, the widow of EVP researcher Raymond Cass, that causes the objections. I had the pleasure of interviewing Edith in the backroom of the hearing aid repair workshop they once ran in Hull. At a small altar heaped with artificial flowers and framed photographs stood the Juliette radio Raymond used to listen to the voices of the aether. Edith had no doubt about what the spirits meant by their message and was still moved to tears by memories of her time spent with Raymond and the radio. Other strong memories from the weeks spent working on this programme for Radio 4 included an afternoon at the British Library sifting through the archives of Konstantin Raudive – little more than a cardboard box loaded with spools of reel-to-reel tape and exercise books crammed with handwritten texts – and the long and fascinating conversation I recorded with Erik Davis in one of the old fifth floor studios at Broadcasting House.

Those old studios were fabulous: all dark wood and green baize-covered tables – the producer sat in a separate room screened from you by a think glass window, and a light went on in the middle of the table when the machines were rolling next door. The room was practically built for séances. BBC Radio was already moving some of its departments up to Salford so many of the offices were empty and deserted – just a few lights on phones or heating units still winking in the darkness. Erik gave a fantastic interview; and although we only used a few clips in the final show, I still have a recording of the full hour we recorded together. Jon Calver, my producer, thought that, with a little cleaning up, it would have made a great programme in itself. One day I’ll retrieve the recording from the archives and figure out what we might do with it.

So the voices are back, and I’m always happy to hear them. Has my position changed on what they are telling us over the intervening years? Not really. Long conversations with Mike Harding of Touch and sound artists Micheal Esposito and CM von Hauswolff have only increased my enthusiasm. The most recent thing I wrote on the subject was a review last year for The Wire of the LP ‘Medium: Paranormal Field Recordings and Compositions 1901 - 2017-09-20’, put out by Zuckerman Museum of Art, Kennesaw State University. I am quoting the review here in full for your interest:

There have been so many installations, performances and record releases involving Electronic Voice Phenomena, an elusive form of spirit communication using a wide range of media from early phonographs and tape recorders to computers and MP3 players, that ‘EVP’ can now be regarded as a legitimate musical genre in its own right. Ghost voices have existed ever since recorded sound was first captured on a mechanical device – every playback becomes an exercise in mortality and absence, particularly when a recording outlives the individual who made it. Not surprising therefore to discover such a diverse range of material caught in the grooves of this vinyl release intended as the sonic counterpart to a group exhibition of work by artists exploring the paranormal as their primary subject matter. The disc’s compilers have gone to great lengths to offer a comprehensive overview of the complex and shifting terrain covered by EVP. This includes musical compositions written and performed by those with direct links to the ‘spirit plane’ such as the sonorous ‘Re-Incorporation’ by percussionist Frank Perry and the sublime ‘Message from the Mystery’ by British clairaudient Jeannie Evans. Juxtaposed with them are pieces by experimental composers and performers exploring evanescence and disappearance as expressions of cultural colonialism, such as Guillermo Galindo’s turbulent ‘Limpia’, equating national borders with the shamanic crossing of thresholds, and Sally Ann McIntyre’s mournful attempt to invoke the lost song of the huia, a bird native to New Zealand that has been extinct since 1907. The record is resonant with references to early EVP pioneers such as Friedrich Jürgenson, Konstantin Raudive and Raymond Cass; and there are some suitably grainy field recordings made by psychic researchers teasing out accounts of hauntings, ghost voices and astral projections. And this still leaves room for some of the more established experimenters in the genre to slip through the cracks and fill them in afterwards. Leif Elggren, CM von Hauswolff and Michael Esposito have each been associated with Touch Music’s continued commitment to EVP since the release of their Ghost Orchid collection back in 1999. Elggren places before us a radio without an antennae struggling to pick up anything through the white noise and bock; Hauswolff has his various machines speaking in slow heavy tongues, while Esposito tracks spirits across a nineteenth-century battlefield on ‘The Yellow Jackets Last of 1811’ and remixes a recording from 1901 of spirit voices projected by a shaman into the horn of an early phonograph – their hearty but incomprehensible chortling will surely haunt the dreams of anyone who listens too closely.

‘Speak Spirit Speak’ is available on the BBC Radio i-Player for another 24 days.
Posted by Ken Hollings at 12:07

Labels: Live Media, Requiem for the Network, While I Was Sleeping

Hi Ken, my name is Ben Coleman and I had the privilege of curating the Medium LP two years ago. During my work on the project it was such a pleasure to work with some of the people you reference in your post, who had led me to an interest in EVP in the first place, as well as lesser known researchers, clairaudient mediums and others. Thank you for your thoughtful review, which was, in my hugely biased opinion, a great summation of the work within. I particularly enjoyed your mention above of the Raudive archive in the British Library- I have also spent time with that cardboard box, after you, and left feeling I had learned more about the man than his work. Glad to be able to reach out to thank you via electronic means without having to resort to EVP!

This is beyond fascinating to me. In recent years, ghost work, if you will, seems more about people yelling in cemeteries and happy to get scary voices. Hearing the thoughtful words of Mr. Cass tonight for the first time - I found 'Ghost Orchid' on YouTube - gave a refined element to the array of puzzling sounds.

I am leaving this comment without first checking anything about this blog. Indeed, I was trying to find any photos that went with the album to no avail - apart from the single image that pops up on Google search. Here's thanking you for keeping our eye on the prize of what exists beyond our own troubled dimension.