Back When Pluto Was a Cold War Planet: transmediale 13 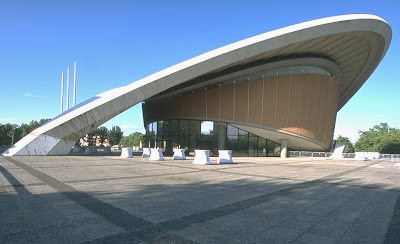 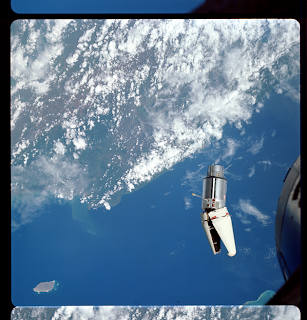 Anyone planning to wander through the Tiergarden next Saturday morning might like to know that I am in Berlin again taking part in transmediale 2013. The theme this year is Back When Pluto Was a Planet,which is less a reference to the past than a GPS locator for our present situation. To this end I have been asked to contribute to a panel on Militarization, Media and Space: ‘Back When Pluto Was A Cold War Planet’.

It starts at 11.00 am in the Theatersaal of the Haus der Kulturen der Welt, John-Foster-Dulles-Allee. Here is an extract from organizers’ blurb for the event:

This panel focuses on mediation and coordination of space and Space by the military. Since the advent of the Cold War, celestial bodies have featured in strategic military planning and often in controversial ways. One attempt to stem militarization was, for example, the 1967 Treaty on Principles Governing the Activities of States in the Exploration and Use of Outer Space, Including the Moon and Other Celestial Bodies which declared the moon a site free of any military activity. However, during the War on Terrorism and its protracted ghostly image in the present, the US Department of Defense’s strategic plans have included the abolishment of such quaint treaties, so that sites such as the dark side of the moon might well become the platform from which the military can convert urban centers (targets) into mirror images of munitions lift-off sites: the clichéd wasteland of the lunar landscape. These plans apply to a range of other celestial objects as well, and their relationship to militarization on and under the ground—from high-tech signaling and radio spectra, to inversed stargazing, i.e. tracking terrestrial targets from outer space. Terrestrial and extraterrestrial space provides the medium for thinking about complementary and, occasionally, contradictory desires of militarization processes. Such desires operate perhaps without a singular, centralized and human agency, but are nonetheless especially effective from the perspective of epistemological and military mapping through various media of bodies and their movements. Presentations in this panel investigate this entanglement of architectures, observation, epistemological technologies and celestial bodies.

Participating are: Ryan Bishop, Lisa Messeri, Sunil Manghani, Jussi Parikka, Ken Hollings, and the event is being moderated by Kristoffer Gansing, the artistic director of transmediale. The venue of course could not be more ideal: the original collapsing structure of the early Space Age, a thrusting piece of Cold War spin reminding us once again that we are living in someone else’s future.

Pictured above:  Haus der Kulturen der Welt ascendant, plus Gemini and satellite in conjuction
Posted by Ken Hollings at 09:32