My Cat Is An Alien Artworks and Projects 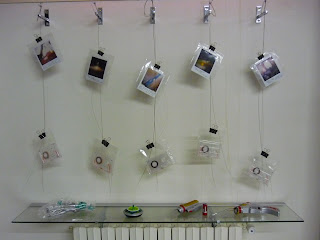 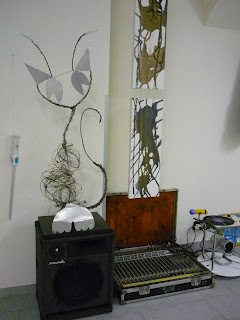 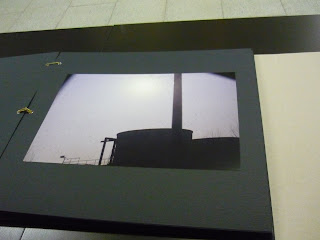 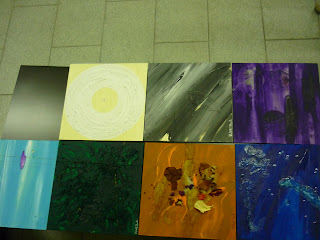 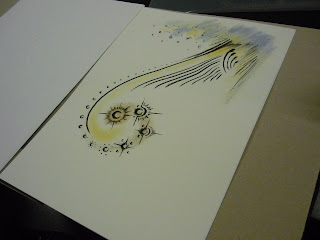 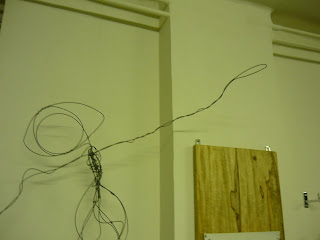 As a pictorial supplement to my account of my recent encounter with My Cat Is An Alien in their Turin studio, as featured on the cover of the September issue of The Wire, I am posting some more of the photographs I took during the course of the interview. Originally intended to form a pictorial notebook to help me keep track of the prodigious amount of artwork, archives and assemblages on display in their Alien Studio, these snapshots help to illustrate further some of the themes and preoccupations discussed in my conversation with Roberto and Maurizio Opalio.

Pictured from top to bottom: assemblages of Polaroid pictures taken onstage during MCIAA performances with accompanying cassette recordings hanging above various items from their Space Toy collection; the large wire model of Camillo, the Opalio Brothers’ original alien cat, used onstage during their first concert appearances, opening for Sonic Youth in 1998; a page from one of Roberto’s albums of photographs documenting Turin’s old industrial sector – if it’s featured here, the building probably doesn’t exist anymore; handmade cover art for the strictly limited-edition vinyl version of From the Earth To the Spheres, a series of collaborations with (among others) Thurston Moore, Jim O’Rourke, and Christian Marclay with Okyung Lee; one of a folio of drawings made high in the Western Alps by Maurizio Opalio which he coloured using pigments taken from mountain flowers; the head and shoulders of the life-size wire Alien figure, the star of Light_Earth_Blue_Silver, Roberto Opalio’s 35-minute ‘dual film’ shot on a 8mm handheld cine camera.