Catching Up With Santa Pod Raceway 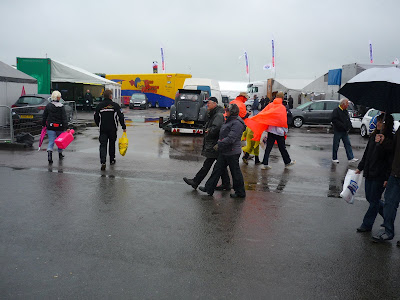 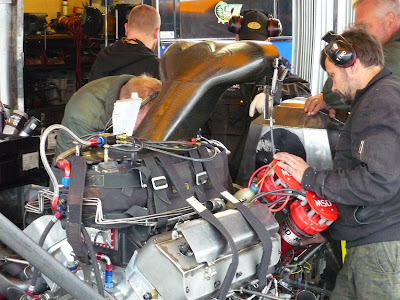 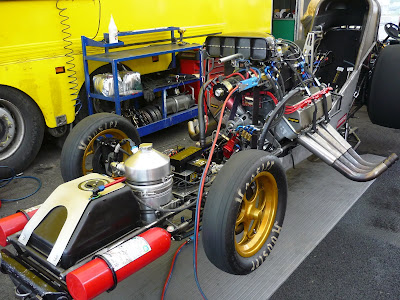 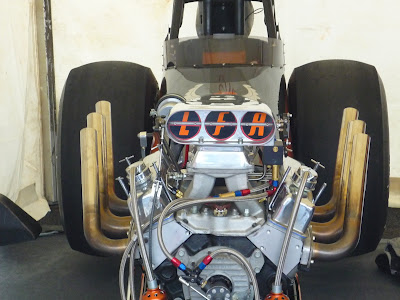 Based around the runway of a former WWII airbase, the Santa Pod Raceway is a recurring architectural marvel made up of tents, trucks, marquees and trailers. Formerly part of Poddington Airbase, the drag strip becomes the focal point two or three times a year for FIA Top Fuel events featuring monstrous cars and even more monstrous engines. Burning up vicious chemicals like nitro-methane, a form of underwater explosive, and capable of hitting speeds over 300 mph, these mad desire machines are designed and built to do one thing extremely well: go as fast as possible in a straight line over a quarter mile in a matter of seconds. Effectively a road that leads nowhere, the drag strip becomes the focal point for a temporary city that comes alive with strange mechanical life forms during the course of a meeting. Unfortunately the recent Bank Holiday event was rained off – which meant that a lot of them never left the workshop. It’s been a couple of years since I last visited this earth-bound space station; and while the protracted rain made any form of racing impossible, it did give me a chance to photograph some of the pit area, where crews continued to work on and exhibit a range of top fuel funny cars, classic slingshot dragsters and wicked fuel-altereds in a makeshift historical gallery of human engineering.

Pictured above: tents, trucks and raingear; a top fuel engine being worked on in the pits; a fuel-altered dragster on display; a classic slingshot under canvas - with thanks to Izabel and Roger K Burton of the Horse Hospital for organizing the visit.
Posted by Ken Hollings at 11:20