‘How to Archive Yourself’ on Radio 4 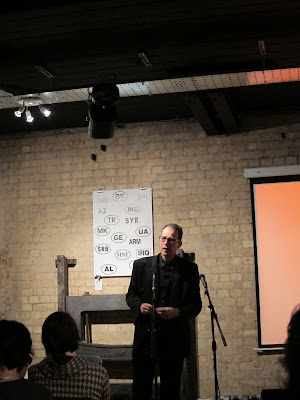 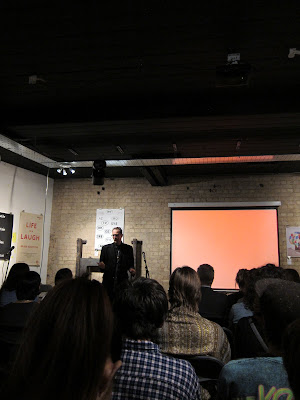 You will see that I have been keeping strange company of late: first giving a brief talk on the connections between Ludwig II, Elvis Presley and Michael Jackson at ‘Pretty – Ugly’ as part of my continuing research into the psychoanalysis of trash and then appearing in the latest edition of BBC Radio 4’s ‘File on Four’ series. Presented by photographer, filmmaker and broadcaster Toby Amies, ‘How to Archive Yourself’ is a leisurely stroll through people’s attempts to document experience and what happens to such memories after they migrate online – other contributors to this fascinating show include Microsoft’s Gordon Bell, ‘the Frank Lloyd Wright of computers’, and (no, really – say it isn’t so) Robert Fripp of King Crimson.

The relationship between trash and storage – and how this becomes an expression of that between utility and aesthetics – has been a recurring theme on this blog and a particular episode of ‘Hollingsville’. My conversation with Toby took place roughly about ten minutes after I had finished talking about Paul Baran in another studio at Broadcasting House; and was recorded in a side office with BBC staff strolling past on the other side of the glass wall. It turned out to be a lot of fun – when I admitted that I would usually try to bring along a digital camera along to sessions like this but was getting tired of photographing the inside of BBC studios, Toby gave me a startled look of straight-faced disappointment. ‘It’s because we’re ugly, isn’t it?’ he said. ‘Go on – admit it.’ Honestly, Toby, I wasn’t going to say anything, but now that you’ve dragged it out of me…

The conversation – I really would hate to call anything that relaxed an ‘interview’ – ended up being a freewheeling and extremely stimulating affair, right down to me complaining about the amount of digital documentation that regularly takes place at conferences, panels and festivals but then never turns up online – except maybe months afterwards, wrongly tagged or accompanied by incorrect or misleading information. I wasn’t sure what Toby and producer Sara Jane Hall were going to make of the whole thing – but the resulting show turns out to have considerable informality and charm. ‘How to Archive Yourself’ will be available on i-Player for the rest of this week and can be accessed by clicking here. 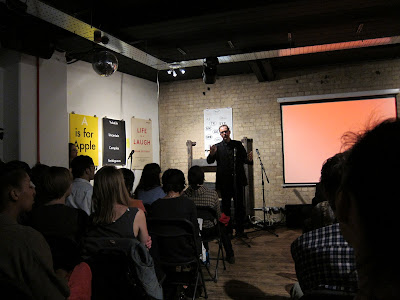 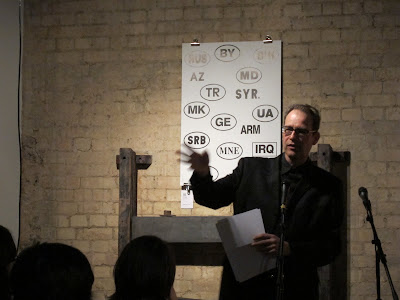 Pictured above: KH discourses on the Psychoanalysis of Trash at ‘Pretty – Ugly’, photos courtesy of roving shutterbug Kitty Keen.
Posted by Ken Hollings at 11:10