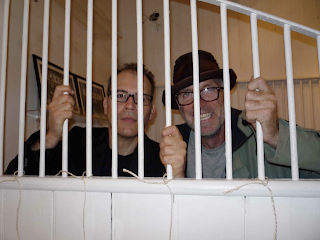 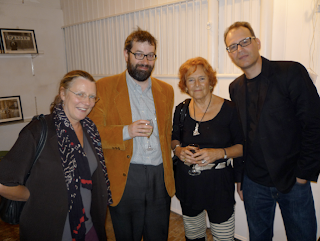 Piece of Paper Press recently celebrated the launch of Lilian Lijn’s ‘Atomanotes’, the 25th publication in its series of limited-edition books made from a single A4 sheet, folded and collated into a personal billet doux sent free of charge by post. There are usually 150 copies of each title issued, and director of publications, Tony White made sure that everyone went home with one. In talking about her book to the assembled guests Liliane Lijn traced the origins of ‘Atomanotes’ back some 42 years to 1968, when she had been unable to find any scientists willing to answer the questions she was formulating about human and atomic behaviour – her ‘Atom Man Notes’ remained an incomplete project until now. Tony White’s recent post on the Piece of Paper Press site picks up the story:

The questions (prefaced with the note, ‘See human beings as atomic stuctures obeying the same laws as atoms’) include the following:
If each atom has a certain field of radiation then what kind of field does each structure called a human being have?
[...]
Imagine human beings travelling at the speed of light. Would we then have a stronger gravitational field? What if the mind could function, thoughts travel at that speed, would it exert a gravitational pull?
Now, finally, the questions have been answered by a number of scientists including John Vallerga, Laura Peticolas, John Bonnell and Ilan Roth. Their answers form the bulk of the text in Liliane’s new book. However, the small, roughly A7 format of Piece of Paper Press editions has forced a compression of that original working title to the single neologism ATOMANOTES.

The party itself took place at the Maggs Gallery, a former stable round the back of Berkley Square, its white walls hung with classic black-and-white portraits of William Burroughs from his glory days in Paris, plus some elegantly psychedelic poster art for the 1967 Equinox of the Gods and for the Castalia Foundation. Carl Williams, one of the chief crypt keepers at Maggs Rare Books, told me that seven boxes or so of Alexander Trocchi’s papers had been in the backroom just last week. Also present were a couple of ‘Hollingsville’ contributors, Steve Beard and Richard Strange, both of whom left before rainwater from the downpour outside started cascading in through the gallery ceiling, transforming the whole event into a small 1960s happening. Here’s to the next 25 sets of folded and collated A4 sheets.