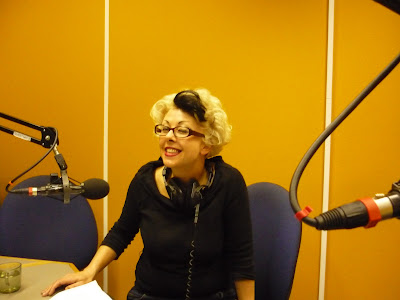 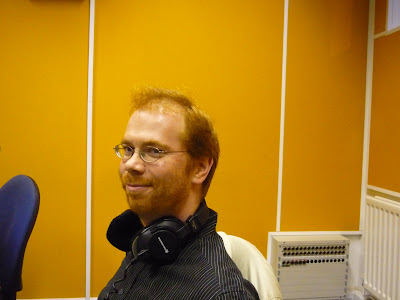 Anyone who still doubts that ‘Hollingsville’ goes out live and unscripted every week need only catch the opening moments of episode nine, ‘Wounds: Blood on the Streets’, to be set straight on this score. For some reason the fader on my microphone refused to respond, meaning that listeners were not only treated to a little more of Indigo Octagon’s excellent title theme than is customary but also my uncannily accurate impersonation of Grace Jones at the start of her version of ‘Night Clubbing’. Having already attempted my opening statement four or five times without success, I was in the process of asking the others in the studio if anyone could actually hear me when the microphone suddenly decided to pick up my every word.

The rest of the show, however, was an absolute delight, so far as I am concerned. Cathi Unsworth’s reading from her latest novel Bad Penny Blues over one of UnicaZürn’s two interludes was immensely dramatic - and all the more striking, since she had never heard the piece before. Also bringing something to the dissection table, Ross MacFarlane of the Wellcome Library turned up with grisly Wound Man diagrams from the fifteenth century. From violent narratives to violent anatomy, this episode had it all – after all, even Oscar Wilde had to refer to a pathologist in order to learn how Dorian Grey might dispose of his friend’s body using scalpels, bone saws and acid.

Those who enjoyed Cathi’s reading might like to visit her website, where they can hear her read three selected ‘transmissions’ from Bad Penny Blues with soundtracks specially created for them by Pete Woodhead. Anyone who wants to find out what’s happening at the Wellcome Library, find their own Wound Man diagrams or simply to learn more about what Ross and his colleagues are up to, check out their excellent blog by clicking here.

‘Wounds: Blood on the Street’ will be repeated at 11.00 pm this coming Tuesday June 15 on Resonance 104.4; and the podcast should be available from the Resonance website from noon on Wednesday June 16.

Pictured from top to bottom: the sphinx-like Cathi Unsworth at her most enigmatic; Ross MacFarlane wondering how we ever managed to survive the sixteenth century in one piece
Posted by Ken Hollings at 16:47