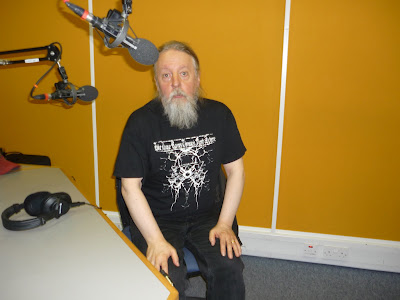 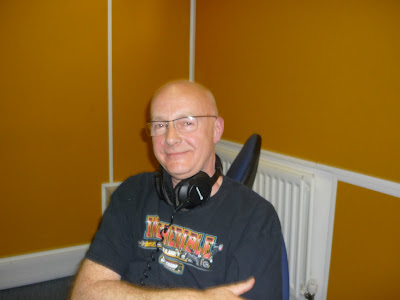 Memories, when you get right down it, are just trash you can still find room for; and nobody has greater storage space than the two most recent visitors to ‘Hollingsville’ Roger K Burton of the Horse Hospital and Edwin Pouncey, AKA Savage Pencil. The relationship between the technological effects of mass production and the individual desire to preserve throws up new forms of solitude in the post-modern world: whether it be Edwin’s audiocassette recording of his telephone interview with Ed ‘Big Daddy’ Roth, part of which formed one of the interludes to ‘Trash: The Gasp Between Clichés’, or Roger’s tale of Malcolm McLaren and Vivienne Westwood hacking up hundreds of unsold ‘Let It Rock’ T-shirts to create throwaway punk ‘classics’, the uniqueness of the moment, preserved through the economics of trash was admirably well expressed. That both Roth and McLaren are no longer with us made such moments all the more fascinating. Add some squawking guitar feedback, me getting knocked off my intro by a stray Resonance FM ident at the start of the show, and you had history in the making, dear listeners, history making.

Hear Hollingsville TX8/12 ‘Trash - the Gasp between Clichés’ this Tuesday June 8 at 11.00pm on Resonance 104.4 FM or download the podcast from the Resonance website on Wednesday June 9.

Pictured from top to bottom: Edwin foresees the coming of the Anti-Quack; Roger K Burton considers the effects of offering Vivienne Westwood another double brandy.
Posted by Ken Hollings at 11:19