With Craig Baldwin At the Resonance FM Studios 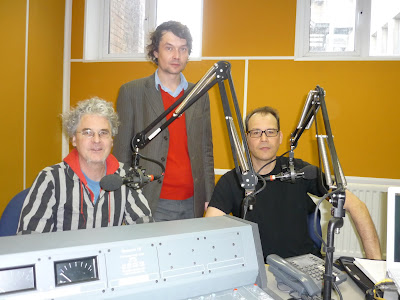 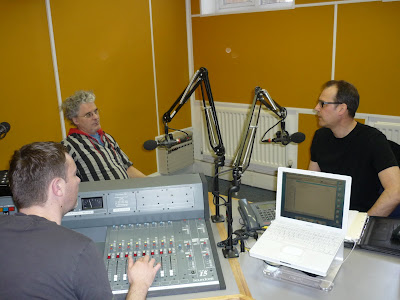 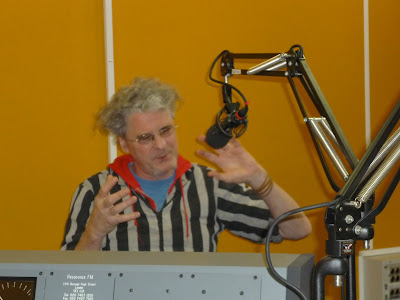 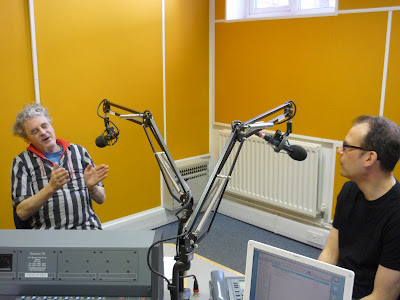 Earlier this week I spent a highly diverting couple of hours with American underground filmmaker Craig Baldwin at the Resonance FM studios, recording a special edition of Imreadyformycloseup, which should be going out in the next two or three weeks. Craig was just passing through London on his way from the Newcastle AV festival to attend a couple of screenings in New York before returning to his lair at the Artists’ Television Access in San Francisco. We spent a lot of time talking about his latest film release Mock Up On Mu and its relationship to some of his previous work such as Tribulation 99 and Spectres of the Spectrum. The musical spirit of Korla Pandit watched benignly over us and a silver moon shone down from somewhere behind a clear blue sky. It was a real pleasure to discuss Craig’s work with him in such relaxed detail and I hope the final show reflects that. Broadcast details will be flagged up on this blog as and when they become available.

See also:
The Other Other Cinema Night At The Horse Hospital
Welcome to Mars At The Other Cinema
Posted by Ken Hollings at 09:14