Requiem for the Network: Fifth Stage 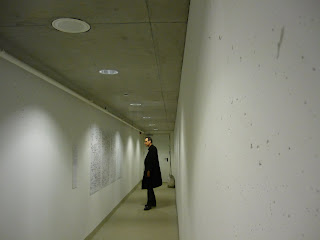 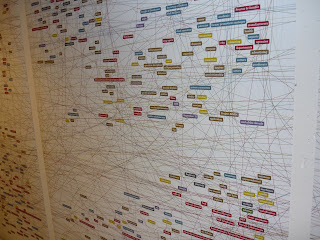 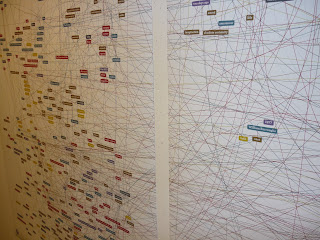 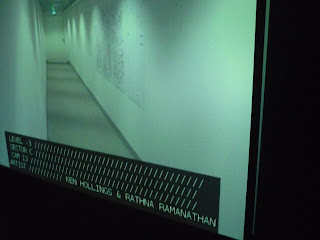 The pictures above offer a wide-angle view on the location of the four panels of Requiem for the Network in the basement at the Akademie der Künste. This brief documentation gives some indication of how the curators have located the work precisely between the War Room on the ground floor, where the public can view the work by CCTV, and the corridor on the third level below ground. This attention to the positioning of the work expands the work’s presence, drawing attention to the way its design echoes organizational flowcharts, the complex weaves found in neural nets and the blast circles devised by RAND to plot the outcome of thermonuclear wars.

From top to the bottom: KH in the corridor standing next to the panels of Requiem for the Network (photograph taken by Lillevan), two oblique views of the panels’ arrangement on the wall, and the work itself as viewed on one of the War Room screens, relayed from the basement via CCTV - you can see the camera used for this live feed positioned just behind me at the end of corridor in the top picture.
Posted by Ken Hollings at 09:02