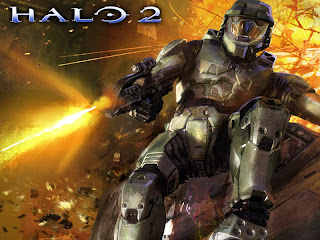 ‘Nothing is true. Everything is permitted’ Hassan-i Sabbah (attributed)

‘I’m not interested in anything realistic – I want something that’s believable’ Chuck Jones, director Looney Tunes and Merrie Melodies cartoons

‘Movies won’t matter anymore’ was a slogan used as part of the launch campaign first-person apocalyptic videogame Halo 2 – it implied not just the end of civilization as we knew, part of the game’s space invasion scenario, but the end of cinema itself as a medium. When Halo 3 was launched in 2007, the campaign slogan was reduced to one word: ‘Believe’. The shift in emphasis between the two campaigns indicates not just the ascending rise in importance of the videogame as an entertainment medium but also how significant the politics of simulation – the ‘virtual’ in digital terms – have now become.

Looking back to the tape and film experiments of the novelist William Burroughs, which were partially inspired by the myths surrounding Hassan-i Sabbah, legendary leader of an 11th century ‘order of assassins’, we will examine how illusions have been used as an aggressive medium of influence and control. ‘Illusion is a revolutionary weapon,’ Burroughs once declared and saw how it might be used as a powerful to create political unrest and social instability. ‘It’s a lot easier to start trouble than to stop it.’

We shall also be looking at the impact animation design, particularly in Japan, has had on the simulated or virtual experience. As ‘god of manga’ Osamu Tezuka once declared: ‘We are living in the age of comics as air’. First appearing in print in 1947, Tezuka’s ‘irresponsible pictures’ changed the way audiences look at comics, not only in Japan but throughout the world as well. Stories are told at a faster pace and with greater economy and clarity as words increasingly give way to pictures. A living example of ‘single object-multiple use’, the impact of manga on the development of animation, videogames and information design has yet to be fully assessed. With the emergence of a ‘military-entertainment complex’ in which games designers, animators and sound designers collaborate to create more convincing real-time combat simulators and future war scenarios, not unlike Halo 3, perhaps the time for that assessment is already long overdue.

William Burroughs and Anthony Balch: Towers Open Fire: a set of film and tape experiments made in the 1960s. Try not to be too amused by it – you may be old and cranky yourself one day.