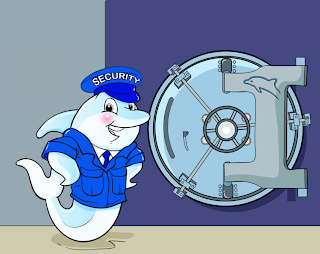 The prospect of a bunch of artists confronting issues of security head-on may seem vaguely risible, especially if you’ve ever been asked to refrain from touching the surface of a Mark Rothko in a museum or gallery, but Olaf Ardnt and Janneke Schönenbach of interdisciplinary culture hackers BBM (Beobachter der Bediener von Maschinen) have brought a certain spunky charm to the subject in their latest show in Berlin. Curated in association with Moritz von Rappard and Cecilia Wee, Olaf and Janneke have put together Embedded Art: ‘an interdisciplinary exhibition focussing on the societal shifts caused by the universal desire for security’.

The show opens at the Akademie der Künste in Pariser Platz on January 23. The presentation concept, as articulated in the exhibition press release is really something: ‘As well as using the five historic exhibition halls in the Akademie, visitors to EMBEDDED ART will - for the first time - be able to see the four-storey hi-tech underground bunker built to store the Akademie’s collection. “For security reasons”, original art pieces will be accommodated in the secure part of the building, projections of the originals will be shown in the main exhibition spaces, using state-of-the-art surveillance camera technology.’

I once knew a small community of not entirely unknown artists today who used to support themselves by working as guards at the Tate Gallery back in the days when there was but the one. At night, when the place was empty, they’d go around picking bits of paint off some of the canvasses and keeping them in glass vials as a sort of tiny permanent twentieth-century art collection. Of particular note was the blob of acrylic paint chipped from the nose of a 1960s Warhol self-portrait: a piece of great art-historical significance, considering how AW felt about the shape and appearance of his nose.

Included in the Embedded Art show is the exhibit ‘Requiem for the Network’: the product of a six-month collaboration between myself and the designer Rathna Ramathan. Rathna took the essay I had written for the Embedded Art catalogue (available from Argo Books) and transformed its content into a vast flow chart of historical events, cultural allusions and epistemological shifts. The work’s development from conception to execution has been a long, complex and fascinating one, which will be covered in forthcoming posts. In the meantime, anyone visiting Berlin during the first quarter of 2009 could do a lot worse than visiting the show. Your future well being may depend upon it.

Labels: Events, Requiem for the Network, The Bright Labyrinth