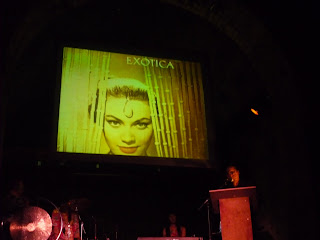 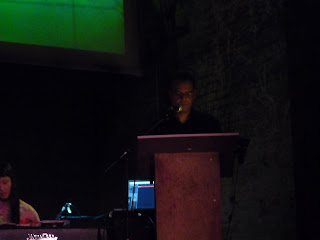 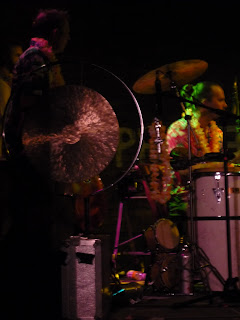 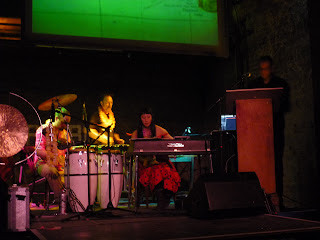 The first night of Mondo Mancunia, a four-day festival of music from Manchester’s music underground, opened at Shunt Vault with a live performance of ‘Ego In Exotica Sum’ a memorial piece first presented in 2005 to commemorate the life and work of musician and arranger Martin Denny. This particular performance was dedicated to the memory of singer Yma Sumac, who was taken away from us recently. Amidst the crumbling brickwork, industrial joists and leaking pipes of Shunt Vault, we recreated a brief moment of Hawaiian paradise as we recalled the great days of Don the Beachcomber ’s Dagger Bar in Honolulu, where Martin Denny first developed his sound back in 1954, and the old Shell Bar in the Hawaiian Village Hotel complex in Waikiki.

One day it will be necessary for us to write a social history of special effects – a detailed account of all those things we have persuaded ourselves that we can see and hear and how we accomplished it – like seeing the ocean floor spread across the back wall of a cocktail bar, or holding a shell up to our ears and listening to the murmuring of waves breaking on a distant shore.

A studio recording of the oration from 'Ego In Exotica Sum' can be found at the Soundmuseum fm.

Pictures and commentary on events at Mondo Mancunia will be posted as and when they occur. Above: KH reads the funeral oration while members of Tool shed, sporting leis and fake Polynesian poly-blends, recreate the authentic Martin Denny sound, and the Easy Listening Gods show their pleasure.
Posted by Ken Hollings at 08:09