Lecture One: Welcome to the Labyrinth 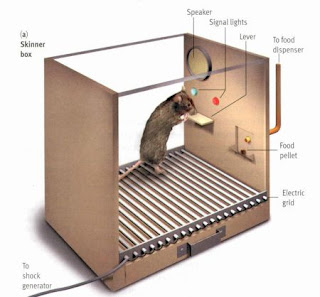 ‘If we dared and willed an architecture according to the kind of souls we possess (we are too cowardly for that!), the labyrinth would have to be our model’ Friedrich Nietzsche, ‘Daybreak’, 1881


‘It is no longer possible simply to communicate a precise body of knowledge founded on a rigid status quo’ - Konrad Wachsman, ‘The Turning Point of Building’, 1961

While Microsoft was asking the world ‘Where Do You Want To Go Today?' in its first global marketing campaign, French anthropologist Marc Augé in his book 'Non-Places: Introduction to An Anthropology of Supermodernity' described the passage of an international traveller through a series of temporary meaningless locations. The Bright Labyrinth is made up of a shifting series of links and nodes, equally temporary and equally without meaning in themselves, and yet they form part of a digital regime that has informed every aspect of our lives.

From the Labyrinth created by Daedelus to house the fabulous Minotaur, described in Book VIII of Ovid’s Metamorphoses, to the audible spaces, transparent barriers, invisible directives, electronic gateways, plans and outlines imagined by architect Rem Koolhaas for Wired magazine (issue 11.06 June 2003), we have found ourselves caught up in networks that respond to us and to which we in turn are obliged to respond. The embodiment of behaviourist strategies developed in the previous century, these networks have become ‘Bright Labyrinths’, laboratory mazes within which we appear happily doomed to wander forever.

Lecture One explores the geography of the Bright Labyrinth from the totally wired U-Cities of China, Japan and Korea to the interactive realm represented by Dusseldorf’s Real Future Store, where products loaded with RFID chips and Quick Response barcodes communicate both with consumers and with themselves.

‘Welcome to the Labyrinth’ will also examine how network theory has been developed in books like Network Practices: New Strategies in Architecture and Design , edited Anthony Burke and Therea Tierney (Princeton Architectural Press) and Akira Suzuki’s Do Android Crows Fly Over the Skies of an Electronic Tokyo? The City Landscapes of Japan (RIBA) as well as in the experimental cities presented in the films of Semiconductor.

By being able to see the network in the labyrinth and the labyrinth in the network, we can begin to develop a new series of attitudes towards research, making connections across disciplines that can ultimately inform and enrich our practice.