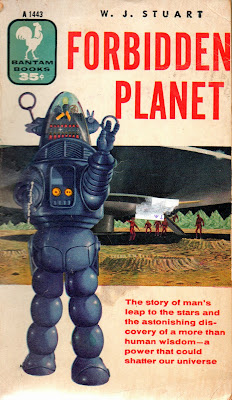 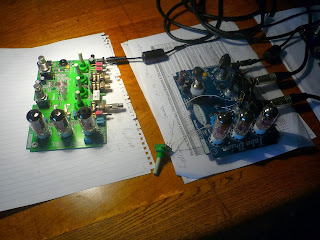 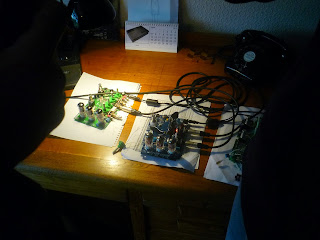 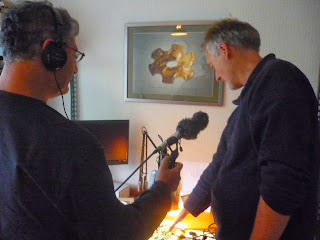 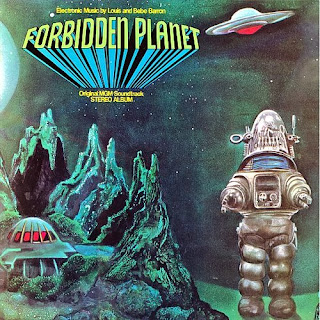 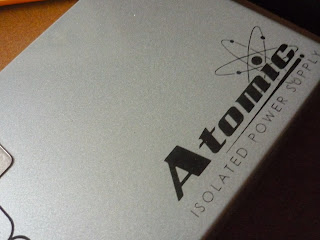 ‘The Return of the Monster from the Id’, my BBC Radio 3 piece for the Between the Ears slot on the story behind Bebe and Louis Barron’s extraordinary soundtrack to the 1956 M-G-M science-fiction fantasy Forbidden Planet is currently on BBC i-Player. Produced by Mark Burman, it features personal accounts from the Barrons themselves recorded on two separate occasions. Most of the comments and statements made in the show by Bebe are from an interview recorded by Mark in LA sometime in the 1990s. He had called her up on the off-chance of meeting her and recorded about two hours of material with her – this has never been broadcast before. The interview with Louis Barron, in which Bebe also participates but to far lesser extent, was recorded in the mid 1980s for a US public radio show and is extremely rare. The session took place about two or three years before Louis’s death; and from the unedited tapes, in which you can hear him fire up several cigarettes and occasionally break off to cough his lungs up, it’s not hard to figure what killed him in the end.

The Forbidden Planet OST is one of those disastrous successes that haunt art in the late twentieth century: the Barrons never got a chance to work in Hollywood again and felt cheated of an Oscar nomination for their own on the movie. M-G-M even went so far as to downgrade their music to ‘electronic tonalities’ in the credits, and the true nature of what Louis and Bebe were producing from their circuits has never been fully understood or explored. Many years ago I included the Forbidden Planet soundtrack album, with its spectacular cover painting by Renate Druks (who also appeared in Kenneth Anger’s Inauguration of the Pleasure Dome) in The Wire’s notorious ‘100 Records that Set the World on Fire (When No One Was Listening)’ special feature which marked their 175th issue. The richness and complexity of  the Barron’s electronic score was so far in advance of what more academic composers were producing at the time using magnetic tape that it still stands out from what else was being produced in the electronic music studios of the 1950s. Bebe and Louis had an instinctive feel for technology, which – perhaps paradoxically – makes their work sound less primitive than that of their ‘musical’ contemporaries. Go figure.

The only other voice that you hear in the show is electrical engineer Phil Taylor who built us some noise-making circuits based on what technical information he could glean from comments Bebe and Louis had made about their work, plus the few photographs that had been taken of their studio. Phil showed remarkable cheerfulness and forbearance towards Mark Burman and myself as we crashed around his studio outside Stoke on Trent asking him complicated questions, poking at thermionic valvess and getting him to make outlandish noises from the circuit boards he had constructed specially for the occasion. Tormenting and ill-treating circuits was not really in his nature – even though the Barrons had spoken often about ‘torturing them death’ – and it thanks to him that we really got to see circuits as living creatures. The experience sent us back to our copies of Norbert Wiener’s Cybernetics: Communication and Control in the Animal and the Machine – even though Phil said he found the book so dry he required serious medication upon finishing it.

A lot of this experience took me back to the world of Welcome to Mars, and it was a real pleasure to become reacquainted with its themes – with my latest book, The Bright Labyrinth: Sex, Death and Design in the Digital Regime, imminent from Strange Attractor Press (watch this space), that is always something to value.

You can find ‘The Return of the Monster from the Id’ by clicking here.

The following copy is from the Radio 3 site:

In 1956 Louis and Bebe Barron birthed the world's first electronic film score with their unearthly soundtrack to M.G.M.'s Forbidden Planet. Ken Hollings considers their act of creation and wonders if the Monster from the Id can ever be re-awakened?
Forbidden Planet was M.G.M.'s lavish leap into science fiction. Fusing Shakespeare's Tempest, pop Freud and pulp SF. Fleetingly Hollywood and the electronic avant-garde embraced to make unworldly music inspired by the new science of cybernetics. The Barrons were close associates of John Cage and at the cutting edge of new technology and music. Their "electronic tonalities", as credited on screen in deference to an anxious musicians union, were groundbreaking for both experimental music film scoring. In the cramped space of their Greenwich Village apartment the Barron's poured current through homemade circuits made up of valves, oscillators and wires. Music, sound effects and character were all arrived at by wiring, art and sweat. The roaring Monster from the Id, the bubbling sounds of Planet Altair IV and the vast caverns of glowing, ancient Krell technology. Even the Krell music, anthem to a long dead race of technologically advanced beings. Audiences and filmmakers were startled by this great musical experiment. It remains one of the most perfect fusions of film and music, defining the way we thought the future would sound. In rare recordings Bebe and Louis Barron relate their adventures in sound.
Meanwhile, somewhere near Stoke, Ken Hollings challenges music boffin Phil Taylor to a hardwired search for the secrets of Krell music and the electronic heartbeat of the Monster from the Id.

Thank you, Keith. Glad you enjoyed it. The Forbidden Planet OST is still one of my favourite record releases ever.

I noted a divergence of opinion on the Forbidden Planet soundscape between Brand's claim that "the studio loved it", and your comments that MGM downgraded the Baron's credits and never employed them again. Can both be correct?

All the best,
Andrew

I don't doubt that the Barrons' soundtrack found favour with the suits - they let them score the entire movie after all and released an unfinished preview print of the film due to enthusiastic audience responses. They were just reluctant to call the Barrons' work 'music' with the result that they lost out on an Oscar nomination as composers and went to the mat with MGM with a lawsuit - one of those things that tends to end your career before it starts. Sorry for the late response - it's been one of those months.